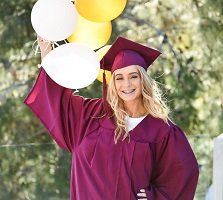 Adult film actress, Anastasia Knight may have passed away. According to reports from sources, Anastasia Knight died on August 12, 2020, in her home of Idaho. The cause of her death or what led to her sudden demise has never disclosed the public. Multiple sources claimed her death was a suicide issue.

Sadly, Anastasia Knight will be celebrating her 21 years birthday next month. Anastasia Knight joined the adult movie industry in 2017. She was said to have retired as a p*rn star and moved to her hometown in Idaho.

Since retiring from the industry and getting married, Knight had expressed frustration about “being bullied in Idaho for her former career choice,” said a performer who knew her and others who were close to her and were commenting on the news last night on Facebook.”

Apparently, people were making fucked-up memes about her,” the performer added. “The world was not nice to her when she decided to get out of the industry. It’s sad and it happens. She was so young.”

Oh god. This is so terrible. 😣 RIP #anastasiaknight It keeps continuing. Kindly please stop such incidents by taking some preventive measures. Value of life is so mean. I feel terribly hearing about this, she have faced unbearable pain all around.

Really sad to hear of the passing of the beautiful and talented Anastasia Knight, one of my favourite performers R.I.P sweetness. pic.twitter.com/w2kOxgvYVy

Anastasia was born in Michigan and started filming hardcore movies at age 18.

She wanted a Russian name, and Anastasia seemed like an excellent fit for her performer alias.

She got her start in the adult movie industry by pursuing a Craigslist ad and really going for it.

She retired from the industry in 2020.