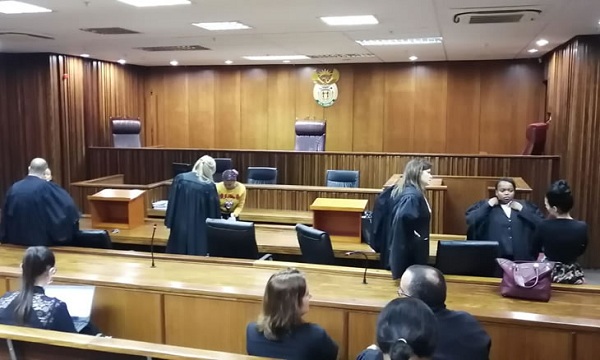 The case is set to resume today at the East London regional court, The student is accused of theft, as she allegedly spent just over R800,000 of the R14m that was mistakenly paid to her account. She qualified for a R1,400 monthly payment. The amount was credited to her during June 2017.

It is alleged the millions were erroneously deposited into her account by Intellimali, the company contracted by NSFAS to make food and book allowance payments to students.

Her charge sheet showed that in less than two hours after the accidental transfer, Mani allegedly spent R20,000 on cigarettes and alcohol.

The charge sheet alleged that Mani renamed herself on her social media account to “Sibongile Money”, and that she published pictures of her receipt showing the full sum.

She is accused of failing to report the alleged error. Instead she spent R810,000 in 73 days.

Intellimali director Roy Jackson testified last year that a glitch had caused the system error that led to Intellimali crediting Mani with R14m instead of her monthly allowance.

The case has been postponed several times since she first appeared in May 2018.