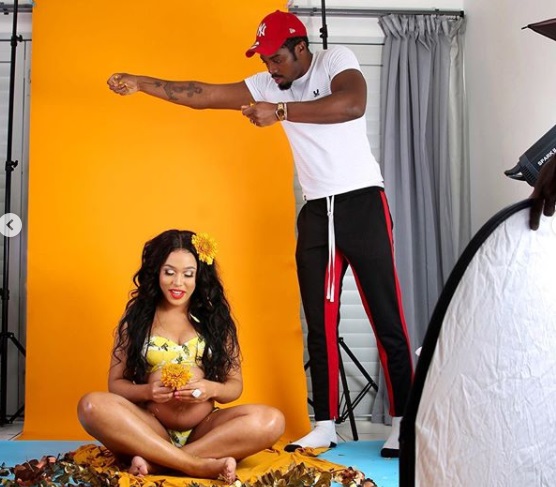 Mr Handsome Twitter Fires back at   South African actress Simphiwe Ngema for choosing to announce her pregnancy on the anniversary of her late husband. 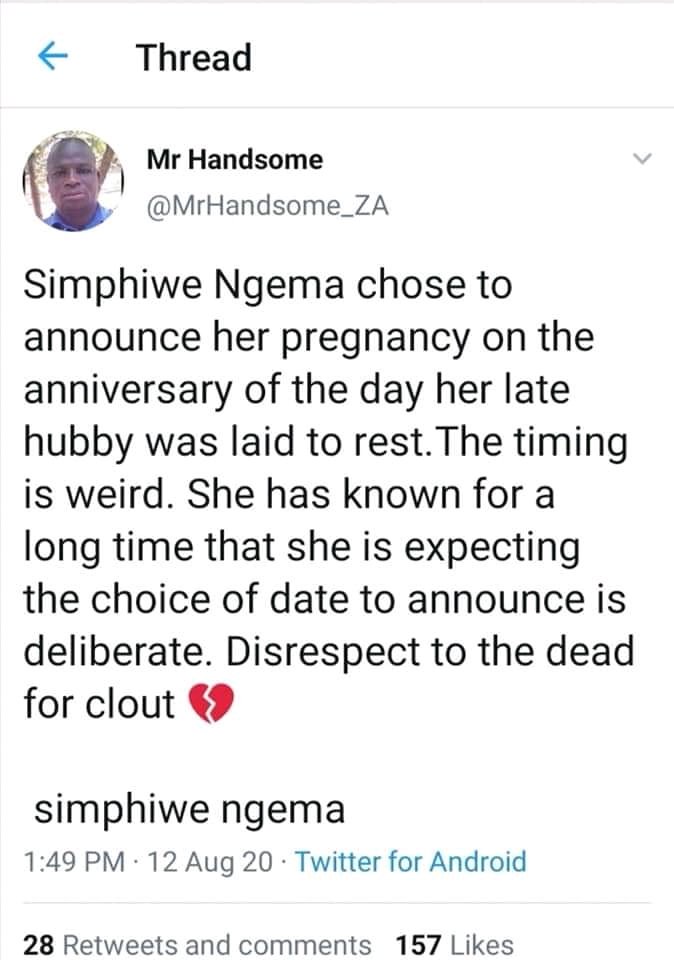 According to him, Simphiwe Ngama timing for announcing her pregnancy on Twitter went weird.

He went further to say that Simphiwe knew for a long time that she is expecting the choice of date to announce is deliberate. Disrespecting to her late husband for clout.

As expected many tweeps reacted immediately and replied him saying that had said a stupid thing to Simpiwe Ngama.

One unique twitter reply came from an online user with name Chelsypopz:
“What a stupid thing to say dear sir. where is the disrespect here? ” she asked him “Whichever day she chooses to announce it changes nothing” she said. 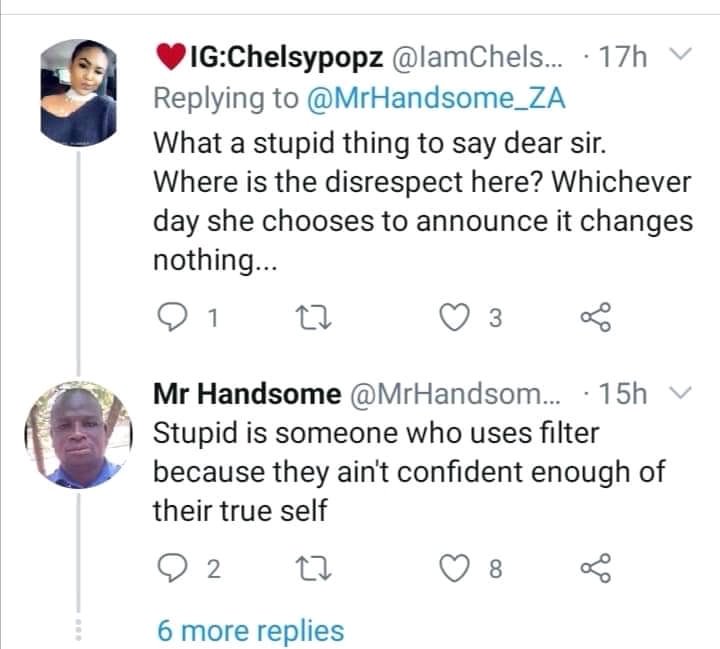 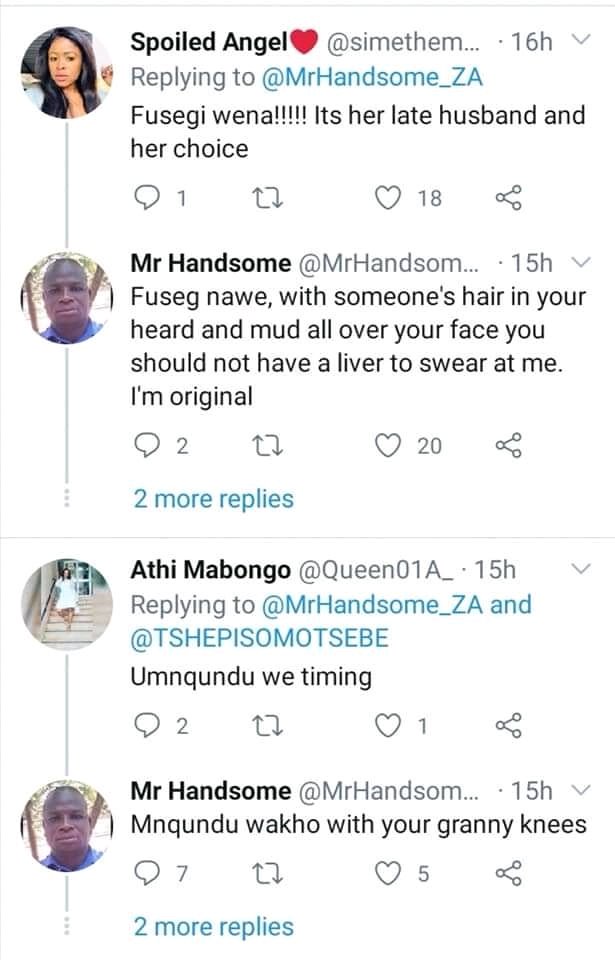 Just two days ago, the South African actress Simphiwe Ngema shared a lovely pictures of her heavily pregnant with her new man Tino Chinyani who she described as a beautiful gift from God to wipe away her tears.

In an exclusive Instagram post she shared on Wednesday morning Simphiwe Ngema who lost her former husband in an accidental shooting incident said: “Verified Indeed there is a God in heaven. He wiped away my tears and gave me joy in abundance. You’ve brought hope and purpose to my life. @tino_chinyani I will forever be grateful to you for this beautiful gift and for teaching me how to love again. I love you both with all my heart.”

Because Mr handsome_za his not like these guy Roland Muchegwa,
Because Roland Muchegwa has money has to get any lady that he want in SA but when Mr handsome said he has type you complain guys like no one will date him , pic.twitter.com/Gz46qqtQwF

South African useless youth is making hashtags with grammatical errors trends, stupid bastards who are more focused on uMjolo than the real issues affecting them like unemployment #VusiReconcileWithZodwa pic.twitter.com/LGwxBUyD1B

Mr Handsome has a lid for every pot😂😂😂🤣 pic.twitter.com/RyUwXrmYgN 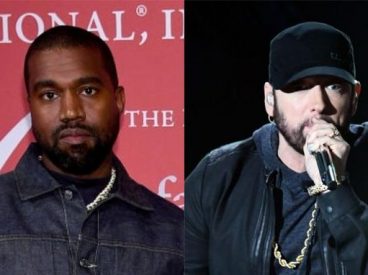 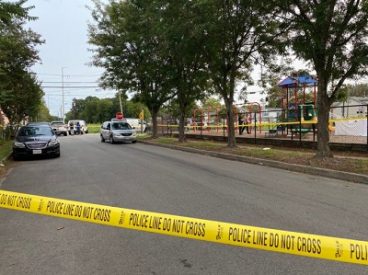