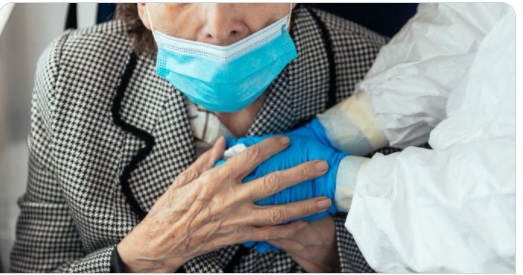 Ace Magashule’s son buys a R2m BMW on the spoils of a Covid-19 tender.

The Aalwynhof Old Age Home in the Karoo town of Aberdeen in the Eastern Cape is one of hundreds across the province which have not received their usual subsidy from the government since March.

And Ace Magashule’s son buys a R2m BMW on the spoils of a Covid-19 tender.

Ace Magashule son, same as Zuma and Ramaphosa sons have clinched lucrative deals to provide COVID-19 related PPE. The comrades and the well connected are milking this pandemic for all it’s worth! #VoetsekANC #ANCMustFall #ANCHatesSouthAfricans #ANCMustGo pic.twitter.com/L4yQYbNIDU

The home, which looks after 35 elderly people, has run out of money and may soon be unable to buy food for the people in its care, according to GroundUp.

Twenty of the residents of Aalwynhof are subsidised by the Eastern Cape Department of Social Development.

With no money from the Eastern Cape Department of Social Development for four months, the home has all but used up its savings and investments.

This month, only half of their bills could be paid. Their electricity may be shut off in the middle of winter. Aalwynhof has borrowed about R80 000 to keep going, and may not be able to borrow more.

Hundreds of organisations in the Eastern Cape and some in the North West province that perform social work on behalf of the government have not been paid their subsidies since March.

Others – in North West, Limpopo, and Mpumalanga – have faced subsidy cuts of up to 25%, without consultation and with no reason given.

In Limpopo, they have been told that 10-15% of their operational budget must be spent on procuring personal protective equipment (PPE) to face the Covid-19 epidemic.