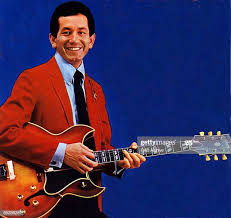 Trini Lopez Death – Dead: Information reaching our news desk has it that legendary American singer, guitarist, actor and Gibson signature artist Trini Lopez has passed away. Trini Lopez was reported to have died today August 11 2020. He died from COVID-19 at the age of 83.

His first album included a version of “If I Had a Hammer”, earned a Golden Disc for him. Other hits included “Lemon Tree”, “I’m Comin’ Home, Cindy” and “Sally Was a Good Old Girl”. He designed two guitars for the Gibson Guitar Corporation, which are now collectors’ items.

Palm Springs Life reports that the If I Had A Hammer star, who had lived in the city since the 1960s, passed away on 11 August. A forthcoming documentary on his life had recently been completed, and Lopez had been sent a cut for approval last week.

And then there were 4. RIP Trini Lopez pic.twitter.com/ulEE9zBGas

My heart is broken. We lost TRINI LOPEZ today from COVID-19. I will always cherish our unique and special friendship. We are completely gutted. We had just finished a documentary on his life. Farewell my guitar hero 🎸 pic.twitter.com/IaBtT6F9dY

On the last retweet. Trini Lopez was a heck of a guitar player… he also had a signature model guitar. That guitar sound you hear on all the Foo Fighters albums is Dave Grohl’s Trini Lopez Gibson.

Few Things You Need To Know About Trini Lopez

He was born in Dallas, Texas, son of Trinidad Lopez II (who was a singer, dancer, actor, and musician in Mexico) and Petra Gonzalez, who moved to Dallas from Mexico. Lopez has four sisters (two are deceased) and a brother, Jesse, who is also a singer. He grew up on Ashland Street in the Little Mexico neighborhood of Dallas and attended grammar school and N. R. Crozier Tech High School. He had to drop out of high school in his senior year because he needed to earn money to help support the family.

Lopez formed his first band in Wichita Falls, Texas, at the age of 15. Around 1955/56 Trini Lopez and his band worked at The Vegas Club, a nightclub owned by Jack Ruby, the nightclub owner who assassinated Lee Harvey Oswald, avenging Oswald’s assassination of JFK.

In 1958, at the recommendation of Buddy Holly’s father, Trini and his group “The Big Beats” went to producer Norman Petty in Clovis, New Mexico. Petty secured a contract for them with Columbia Records, which released the single “Clark’s Expedition”/”Big Boy”, both instrumental. Lopez left the group and made his first solo recording, his own composition “The Right To Rock”, for the Dallas-based Volk Records, and then signed with King Records in 1959, recording more than a dozen singles for that label, none of which charted.

In late 1962, after the King contract expired, Lopez followed up on an offer by producer Snuff Garrett to join the post-Holly Crickets as vocalist. After a few weeks of auditions in Los Angeles, that idea did not go through. He landed a steady engagement at the nightclub PJ’s, where his audience grew quickly. He was heard there by Frank Sinatra, who had started his own label, Reprise Records, and who subsequently signed Lopez.