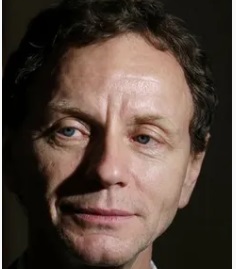 Brent Carver  Death – Dead: Canadian actor best known for his performances on Broadway in Parade as Leo Frank and Kiss of the Spider Woman as Molina, for which he won the Tony Award for Best Leading Actor in a Musical in 1993, Brent Carver has passed away. He died at the age of 63.

The news of his death was first announced by his family on Thursday, 6th August 2020. According to his family Brent Carver died at his home home in Cranbrook, B.C.

“Our family is sharing news of Brent Carver’s passing at home in Cranbrook, B.C., his birthplace and favourite place on Earth,” the family wrote in a release.

Excerpts From The Statement

“Our family is sharing news of Brent Carver’s passing on Aug 4 at home in Cranbrook, BC, his birthplace and favourite place on Earth. Blessed with many talents and a natural love of theatre, Brent was always known as a first-class performer, unique in the presentation of his craft, delighting audiences through film, TV, stage and concert performances.”

Carver was born in Cranbrook, British Columbia, the son of Lois (Wills), a clerk, and Kenneth Carver, who was in the lumber business. He was the third of seven, none of whom went into show business He almost became a teacher, but continued participating in theatre. He attended the University of British Columbia from 1969 to 1972. He sang from an early age, with his father who played guitar.

Carver was known for a variety of stage and film roles, including The Wars, Kronborg: 1582, Lilies, Larry’s Party, Elizabeth Rex, Millennium, Shadow Dancing, and Unidentified Human Remains and the True Nature of Love.

Carver originated the role of Gandalf in the Toronto stage production of The Lord of the Rings and has appeared in several Soulpepper Theatre Company productions such as The Wild Duck, Don Carlos and as the Pirate King in the 1985 production of The Pirates of Penzance.