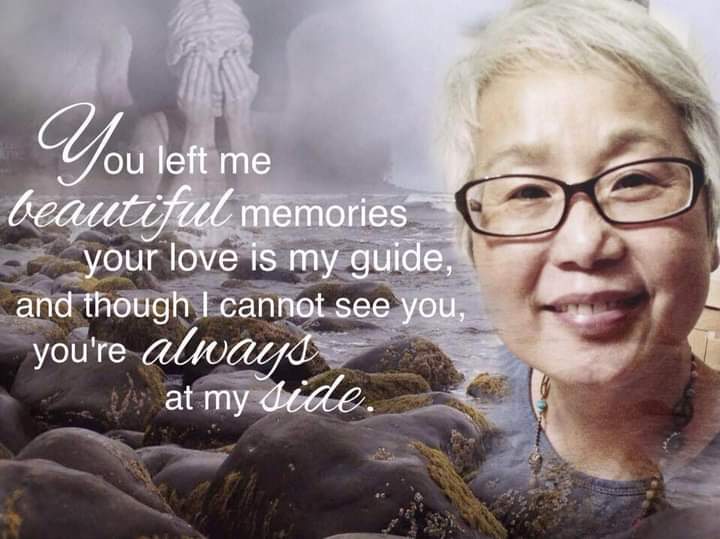 She was one of  earliest pioneers of the popular Chinese restaurant Blue Koi located in Kansas City.

Her cause of death was not made public as at the time of writing this report.

Her memorial service took place around 2 p.m. Sunday, March 1 2015 at the  Cross Points Church of Shawnee.

Mindy Chang, was one of the pioneers of  Chinese restaurant located in Kansas City popularly known as Blue Koi restaurant opened in 2007.

The restaurant Blue Koi Noodles & Dumplings dishes up the kind of crave-worthy food you want to eat every week.

Satisfying homemade noodles and delicious dumplings are menu stars, but there’s much more to explore. Intriguing starters like the China Moon, a Chinese version of a quesadilla stuffed with marinated minced shrimp paired with Mom’s Sweet Plum Sauce ($10) had me at hello when I first crunched into it at Blue Koi’s original midtown location in 2002.

Blue Koi is known for its addictive dipping sauces that accompany several signature appetizers, such as the plum sauce with the China Moon, a simple reduction of plums and spices developed by Luan Shu, There’s the spicy awesome sauce and Eggplant Pockets ($7.50) with her piquant raw garlic sauce. The Chang’s make it easy for customers who can’t get enough—both the plum and awesome sauces are available a la carte for $1.50 each.

This page is created in her memorial.

“Her laughter was infectious, her smile warmed your heart, and her cooking filled the soul.

There has been no one else that radiates as much passion, joy and love as Mindy. Please come and share with us your fondest memories.”

Who owns and runs the Blue Koi restaurant

Along bustling 39th street, Blue Koi retains a loyal following, even in these unprecedented times. Brother and sister Scott and Jane Chang opened this midtown restaurant in 2002 and their Kansas location in 2007. As a testament to their culinary prowess, they’ve been featured twice on Food Network’s, “Diners, Drive-Ins and Dives”, most recently, last year. The Changs are grateful for their devoted following.

Culinary genes run in the family. The Chang’s parents, who trained with some of China’s best chefs, immigrated from Taiwan in 1979 and opened their first Kansas City restaurant in 1985. Scott, Jane and Mindy, who passed away five years ago, grew up eating the cuisine of their heritage. Jane and her mother created Blue Koi’s menu using family recipes as well as new ones. She described the menu as Taiwanese-Chinese comfort food.

“Blue Koi is like eating at our family table,” says Jane. “Our mother grew up in a tropical climate where they served rice and sweeter sauces with a Japanese influence and using fresh ingredients. And our father came from northern China where they ate wheat noodles every day and dumplings for special occasions.”

Given the restrictions at the time of our visit, my husband and I carried out and feasted around our kitchen table. The restaurant’s signature from-scratch dumplings and noodles are made daily, and we savored the satisfying goodness of pan-fried chicken dumplings. The celebrated chili pepper wontons delivered a mild kick with an infusion of garlic, ginger and house-made hot oil, topped with chopped scallions. We dipped pillows of crispy organic tofu in the accompanying spicy awesome sauce, a sublime cilantro-infused concoction.