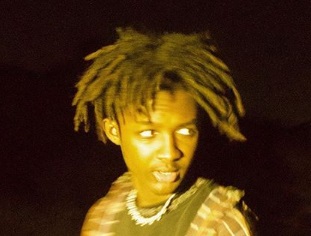 The single-vehicle collision happened just after 1:30 a.m. near Westlake Boulevard and Skelton Canyon Circle. The initial investigation revealed the vehicle was traveling south on Westlake Boulevard when the car appeared to leave the roadway and collide with a tree in the center median.

The force of the crash caused the car to rip in half and was found by Ventura County sheriff’s deputies engulfed in flames.

The news was confirmed by Rapper, McClenney in a series of tweets made via his official twitter handle. McClenney wrote “Damn RIP Ryan Breaux. that’s heartbreaking”. The Frank Ocean Daily also confirmed that Rryan has passed on. “our hearts are shattered for Frank and his family. rest in peace  @rryanbreaux” they wrote on their twitter page.

I somehow remember frank posting these photos on his tumblr years ago. seeing them again… man, heartbreaking 😢💔 pic.twitter.com/lzdNClgg1s

I ask all my followers to join me in keeping Frank Ocean & his family in our thoughts and prayers😔💕 pic.twitter.com/yUkoelQiYS

Few years ago Frank posted pictures hanging out with his late brother and captioned it “He captioned it “the kid on my back, that’s my brother ryan. he thinks he’s prince harry. the lady behind us is our mom. she’s beautiful, like nefertiti. my brother thinks i can fly.”