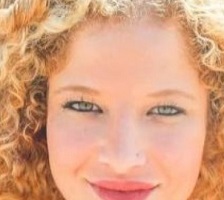 Who Is Samara Manger-Weil Deadliest Catch?

Samara Manger-Weil Death died early June 2020. Her cause of death was never disclosed to the public. She was 28. Samara was a talented writer and a great spirit. She was hard-working, a pleasure to be around and just a cool, smart person.

Lori Klausner wrote.. Yesterday I attended a prayer service and shiva for my friend Donna’s daughter, Samara Manger-Weil. After the prayers, people were invited to speak, and speak they did. So many of her friends relayed characteristics of Samara and told stories about her bold personality and adventures they had been on with her.

Whether it was her golden curls, her tremendous laugh, her dancing round and round, everybody seems to have the same sense of who she was. I think it was her friend Amanda who told the story of their escapades in Ethiopia, and even with some food poisoning (Amanda’s, that is), Samara pushed her for those photographs with the children. Her friend Ben talked about her non-judgemental nature while in high school and her unforgettable persona. People said that their friends became Samara’s friends. There were heartfelt words by Cory.

When Ken got up and talked about him not having told Samara that he loved her until he and Donna’s cross country trip, and then Samara saying, “I’ll kill you,” I just had to laugh out loud. And then Donna telling stories of “Bringing up Samara,” buying her a baseball glove, and Samara wanting no part of it. She knew even then that she wanted to dance.

So many stories, so many glimpses into a life well lived.
I never met Samara, but I sure feel that I got a good sense of who she is.
Samara, your bright light may be moving on to another realm, but your infectious laugh and dynamo personality will be whirling in for new adventures.

Who Is Samara Manger Weil?

Samara Manger-Weil was one of the production Manager for “Deadliest Catch” (Season 15) on Discovery. She bagged her Bachelor of Sciece (B.S). Cinema & Photography, Concentration in Screenwriting from the Ithaca College.

Samara was also a production Coordinator for “Criminal Confessions” (Season 2) on Oxygen and “License to Kill” (Season 1).