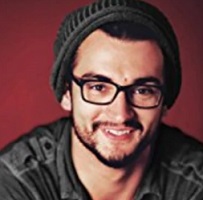 Canadian/American film/TV actor, Josiah Black has passed away. The 32-year-old actor reportedly died while hiking and rock climbing on Spion Kop in Lake Country on June 16.

Speaking about his death his brother Nathan Black said Josiah always liked to be in nature, and the outdoors.

“He liked to be in nature and liked to go on hikes. He was always about that kind of lifestyle, being outdoors, exploring and going on adventures,” said Nathan.

“He went up to Spion Kop because he goes hiking a lot and rock climbing, but the rocks are just really brutal and loose right now. One must have come dislodged or something. He slipped pretty far.”

Few Things You Need To Know About Josiah Black

Josiah Black is a Canadian/American film/TV actor on the up rise. He is most recently known for his work in such films as American Bad Boy (alongside Katt Williams), Kindergarten Cop 2 playing opposite Dolph Lundgren and Bill Bellamy, Sex and the Single Alien (directed by Peter Daskaloff) as well as various other notable credits with more to come.

Josiah was born in Thailand where he spent the first five years of his life allowing him to develop his cultured background before his family moved to a Vancouver suburb in British Columbia, Canada called Mission.

There he discovered his passion for the creative arts as a guitarist and singer in a rock group known as “Apprehended”.

Josiah Black played in various bands and solo acts until the moment he began acting in Vancouver training with coach, Bart Anderson.

Shortly after producing, writing and starring in his own film alongside brother, Paul, they both moved to California where they would pursue both modeling and stand up comedy while continuing to further their craft of acting.