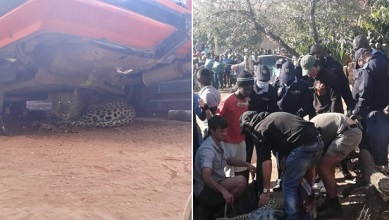 Pretoria residents were shocked this after seeing a wandering Leopard that apparently escaped from a nearby game reserve. The Leopard has been safely re-captured.

The videos which surfaced online showed the moments the Leopard hid under a car and thereafter resurfaced as people around filmed.

It was not clear how the lions had escaped from the wild reserve, which is surrounded by fences designed to protect animals and local communities.

A leopard has been re-captured near Klipgat, north of Pretoria. It apparently escaped from a nearby game reserve. pic.twitter.com/GK6779JUhX