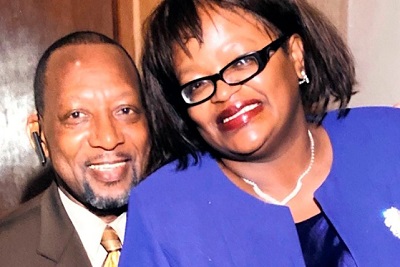 Nathaniel Hallman died on April 17, when New York City was unable to supply its dead. The only company that accepted his body left him in a moving truck along with 60 others. After a scandal in the media, the situation led to a lawsuit

At the end of April 2020 , New York City , epicenter of the COVID-19 crisis , accumulated all kinds of problems: the saturation of hospitals , the lack of respirators , the stopped economy , massive unemployment , the uncertainty about the coronavirus transmission curve and also the impossibility of burying all those killed by the pandemic . An anonymous 911 call alerted police to the presence of dozens of bodies in moving trucks, uncooled , in the Brooklyn neighborhood. 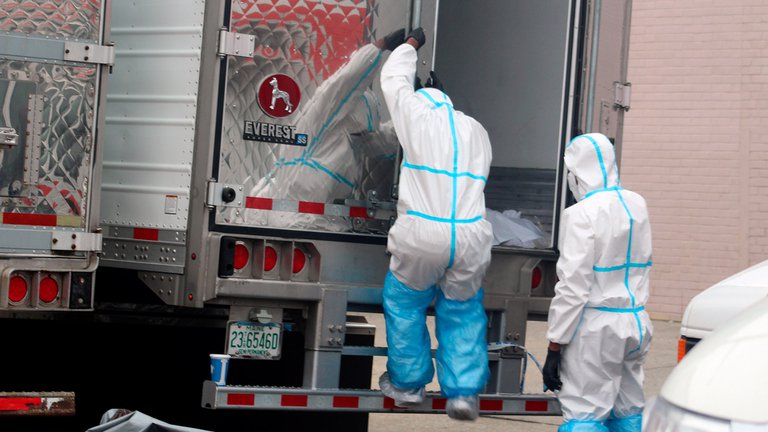 State Health Commissioner Howard Zucker took the case: These were bodies that had been entrusted to his funeral for the Andrew T. Cleckley Funeral Home , which was to be investigated (and which was closed weeks later). Never before had that company received a complaint from its customers; Never before has New York City accumulated a disease, as was the case as of the 30th, 12,287 confirmed SARS-CoV-2 deaths plus another 5,302 probable .

One of the people lying in storage in these moving trucks, Nathaniel Hallman , had died on April 17, aged 72.

His family was looking for the body to bury it. “The discovery was just one of the dreadful moments in the five-week effort to get Nathaniel to rest, ” The Wall Street Journal ( WSJ ) followed his case, which went to court.

For four decades Hallman and his wife, Mitzi , shared a small apartment in the Bronx . He repaired household appliances and she worked as a secretary. Since they had retired, religion had been at the center of their lives: he was a deacon and she was a deacon in the Church of the Humble , of the Baptist cult . “Before COVID-19 they went together to visit the sick and the inmates, to take communion and to comfort them,” WSJ quoted.

Even Parkinson’s didn’t stop Hallman – he had been weakening his muscles for two years. The tracks of the falls were complicated when, in February, he had to be hospitalized for pneumonia . To recover, he was admitted to a rehabilitation center in the Bronx.

Hallman feared dying without returning to his role as deacon. Her goddaughter, Hope Dukes , transferred $ 450 – the equivalent of three months of her regular donations – to the Church of the Humble on her behalf .

He also feared dying without seeing his wife again : due to the pandemic, the rehabilitation center had suspended visits. That’s why it was at the door, on April 8, when he came to bring him clean changes of clothes, that Mitzi learned that Nathaniel was infected with SARS-CoV-2 .

The next day Hallman was transferred to the Bernabé Apóstol Hospital , which had been completely converted into intensive therapy for patients with COVID-19. The morgue , saturated with corpses, had developed a kind of annex: two refrigerated trucks , parked on the side street.

At last they were able to talk on the phone: he told her that he loved her, not to worry about him and to take care of himself. On April 10, when Nathaniel turned 72 , Mitzi went above and beyond to see him but was not allowed; He didn’t even want to eat the pudding the kitchen sent him with a congratulations card.

His harassment moved a doctor, who gave him a dressing gown, taught him how to correctly put on a face mask, and took her to the room where Hallman was hospitalized. ” Don’t cry, ” he told her. It wouldn’t be good if that image of you remained. ” Nor would she like that to be the image that remained of him, she thought when she saw him with her eyes closed and an oxygen mask on her face. He asked him not to worry about her, he assured her that he would be fine. “Go with your mother and father and your brothers and your sister,” he said, and began to sing softly “Walk With Me, Lord,” the song of Bishop GE Patterson that they used to sing together on Sundays in church and that to him he loved it.

Her husband opened his eyes for a moment, staring at the ceiling.

On April 17, 2,614 people died from COVID-19 in the United States , a record number at the time, although in early May, before the change in direction of the curve, there would be worse numbers. At night, when he saw Bernabé Apóstol’s phone number on the caller ID , Mitzi started crying before the news was brought to him: there was no other reason for them to contact the hospital at that time than to notify him that Nathaniel had died.

He’s in a better place , he thought, hard enough to convince himself.

But 13 days later, her husband’s body would appear “in the back of an uncooled U-Haul truck , parked on a busy Brooklyn street, in front of a Dollar General store and another exotic lingerie store,” WSJ described. .

Dukes, a goddess of the Hallmans, wanted to relieve Mitzi of the devastating task of burying her loved one, especially when an epidemic had made burials an impossible mission . Barnabas the Apostle had given him a maximum of one week’s accommodation in the morgue. Dukes feared that after the deadline, the city ​​would bury Nathaniel in a mass grave on Hart Island , as it did with the enormity of bodies never claimed. The city council denied that was done once a body has been identified by her family.

After calling 20 funeral homes and finding them completely full , and even getting a contact in one more, in Newark, New Jersey , to meet the same refusal, Dukes began to panic. On April 21, two days before he expected his godfather to be sent to a mass grave, in despair, he called an old friend of the Hallmans, the Rev. Marshall Morton , who was officiating as a pastor in Norwalk, Connecticut .