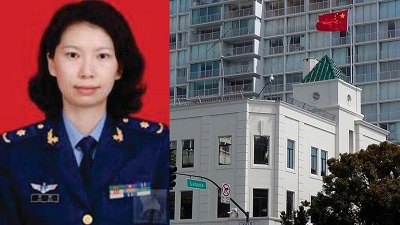 They accuse her of having used an apocryphal visa to enter the country. Both governments experience increased tensions over alleged leaks and information theft by Beijing.

Authorities of the United States Department of Justice (DOJ) announced on Friday the arrest of Tang Juan , a Chinese national scientist whom she accuses of having entered the country with a fraudulent visa and of hiding in the Asian country’s consulate in San Francisco .

According to sources, she is now in Sacramento in US custody and will be presented in court in the next few hours. Washington accused Beijing of using its diplomatic headquarters as administrators of spy networks to steal intellectual property from companies, universities and research centers.

In addition to Juan’s case, US authorities detained three other Chinese investigators for alleged fraud in his visa application. 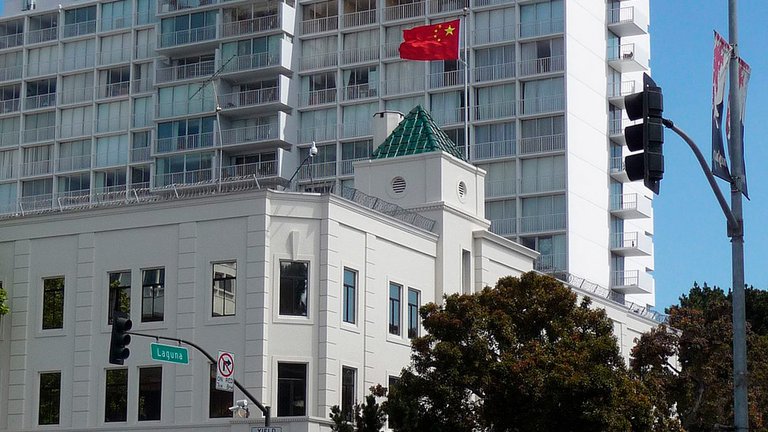 The arrests came after the government of US President Donald Trump forced China to close its consulate in Houston, Texas amid new espionage charges, one of the most forceful actions the country has taken since it established diplomatic relations with Beijing in 1979.

In a statement, the DOJ detailed that four people were accused of fraud in their visas ” in connection with a plan to lie about their status as members of the military forces of the People’s Republic of China, the People’s Liberation Army (EPL), while conducting research in the United States . ”

As of Thursday, official information indicated that ” three of these individuals have been arrested and the Federal Bureau of Investigation (FBI) is looking for a four fugitive from justice who is currently at the Chinese consulate in San Francisco, ” he said. the DOJ. He was referring to Tang Juan , now detained.

Assistant National Security Prosecutor John Demers said, quoted in the note, that these individuals “applied for investigative visas while concealing their true affiliation with the EPL.”

The DOJ identified Xin Wang, who entered the country on March 26, 2019, and allegedly “made fraudulent statements” in his visa application.

According to court documents, Wang ” was still employed by the EPL while studying in the US and made false statements about his military service.”

The investigator was arrested on June 7 and had a court appearance a day later, the DOJ detailed.

The other two detainees, on July 18 and without specifying the place, were identified as Chen Song and Kai Jai Zhao.

Song , 38, according to the official statement, entered the country in December 2018 and was a member of the Air Force of his country “when he entered and while he remained” in US territory, while a hospital was presumably mentioned as your employer to cover up your true employment relationship.

While Zhhao is accused of denying that he had served in the Army of his country when, according to the lawsuit against him, he served at the National University of Defense Technology, which the DOJ describes as “the main institution for scientific research and EPL education. ”

In the case of Juan Tang , the investigator arrived in the United States in December 2019 and is also accused of making fraudulent statements in her visa application, in which she denied having served in the Army.

“The FBI found a photograph of Tang in a military uniform” and references to his employment in the Air Force’s Military Medical Unit, the official document said, adding that there is an arrest warrant against the scientist.

In addition to these arrests, according to the Justice Department, the FBI recently questioned other “visa holders suspected of having undeclared affiliation with the Chinese military in more than 25 US cities.”

The US has sanctioned eleven Chinese companies in recent months for abusing Muslim minorities in China’s northwestern Xinjiang region, and has also charged two Chinese “hackers” who allegedly attempted to steal vaccine data for COVID. -19 and secrets of military technology.

Underlying the differences between the two powers is the underlying struggle for hegemony, the technological and commercial war and, more recently, Washington’s criticism of the new security law for Hong Kong and the situation of minority human rights. Muslims in Xinjiang.

(With some information from EFE)