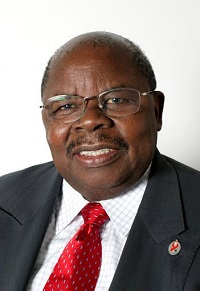 Tanzania’s 3rd President, Benjamin William Mkapa has died today in Dar es Salaam, President John Magufuli has confirmed via a live televised broadcast. Mkapa, diea at the age of 81 after he has  been ill and receiving treatment in a Hospital, although It was not disclosed  clearly  what he died from. Mr Mkapa was President of Tanzania 1995-2005.

His death has been confirmed by numerous media agency through their twitter handle.

Mkapa, 81, has been ill and receiving treatment in a Hospital. RIP! pic.twitter.com/d5vgXzRykl

Breaking. #Tanzania‘s former-President Benjamin Mkapa has died while receiving treatment in hospital, according to President Magufuli. The cause of death is not clear.

Few Things You Need To Know About Benjamin William Mkapa

Benjamin William Mkapa was born  on November 12, he wa a Tanzanian politician who was the third President of Tanzania, in office from 1995 to 2005. He was also Chairman of the Revolutionary State Political Party (Chama Cha Mapinduzi, CCM). Passed away at Muhimbili National Hospital on July 23, 2020.

Benjamin graduated from Makerere University in Uganda in 1962 with a degree in English.

He also attended Columbia University in 1963 and was awarded a master’s degree in international affairs.

Previous posts include being an administrative officer in Dodoma and the Minister for Science, Technology and Higher Education. He also had the chance to lead the Tanzanian mission to Canada in the year 1982 and to the United States Of America from 1983 to 1984.