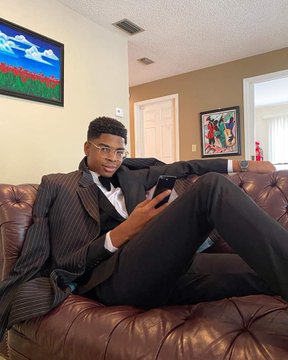 #JusticeForIzu: Who Is Izu Madubueze, young Nigerian man kills himself after an alleged rape scandal

His name is Izu Madubueze, he eventually committed suicide died after he was accused of rape by Nani a Twitter influencer who refused to provide further details.

Nani who has since deactivated her account immediately she learnt about Izu’s suicide.

Older chats from Izu’s phone allegedly shows that Nani had asked him out before but he declined. 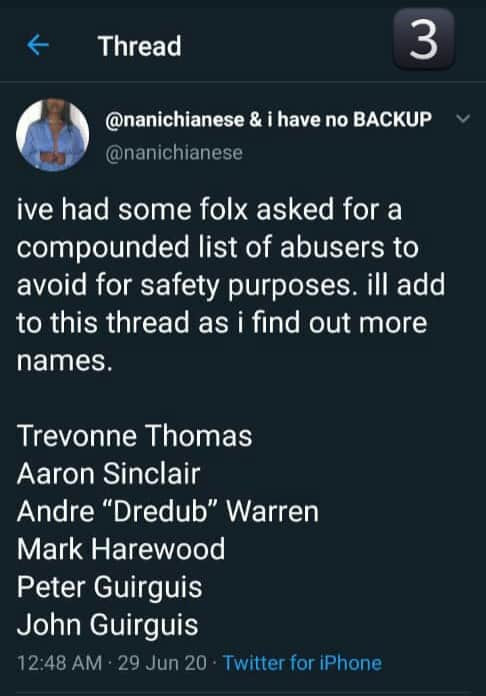 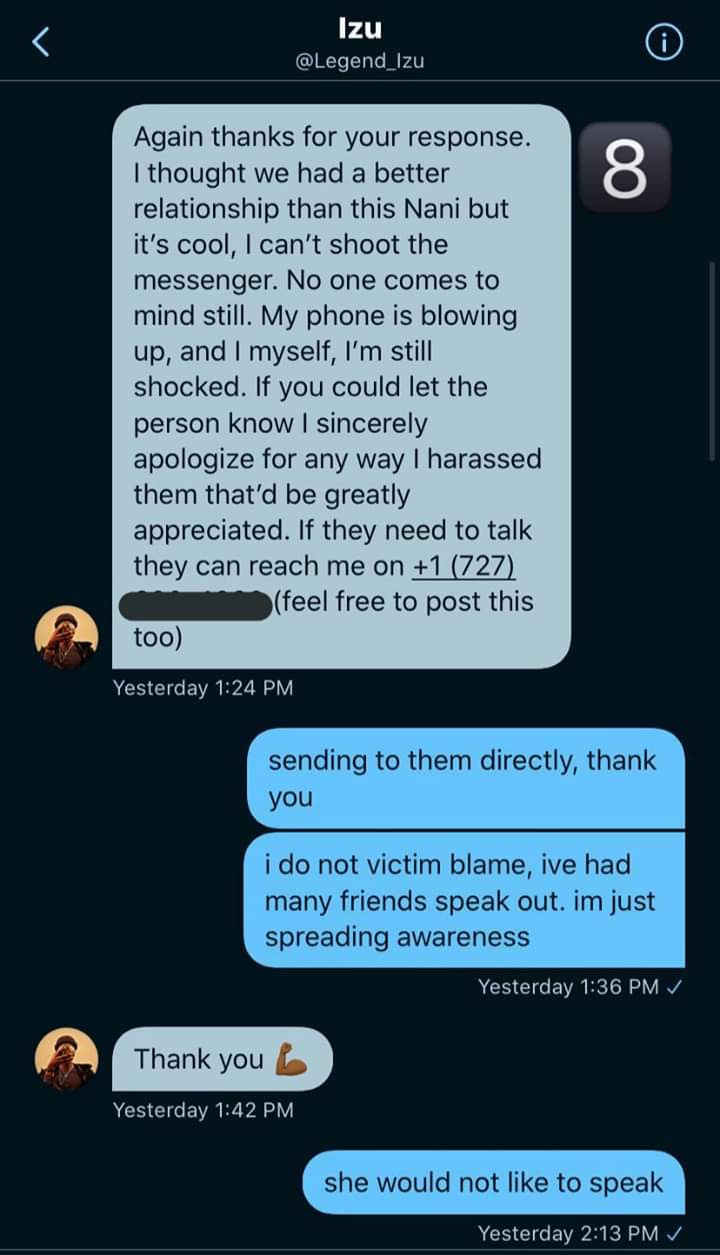 According to reports, Izu Madubueze took his life when a Twitter influencer named Nanichi Anese published his name and other names as men accused of rape.

At the moment, Nigerians are demanding Justice for Izu on the social media.

Service to the living. Honour to our Dead.
Such disturbing news on a sunday morning. May his soul rest in perfect peace.

.@nanichianese falsely accused @Legend_Izu of rape, the allegation got to the guy which made commit suicide.

Look her shedding crocodile tears after the guy killed himself pic.twitter.com/IHdtB2Dl7J

This is the bitch that accused my friend wrongly of rape, now my friend has committed suicide, he killed himself because he couldn’t handle the trauma,his phone kept blowing up, you didn’t give him a chance to clear his name. #justiceforizu she has locked her accounts. RIP Izu 💔 pic.twitter.com/bH2FW6q5tg

It was revealed that Izu reached out to Nani and asked to know who he raped but she didn’t have a good answer, instead she claimed the accuser wanted to remain anonymous. She later said the alleged victim said it was a “non physical sexual assault”

Izu kept trying to clear his name but Nani was not cooperative.

He later left a note apologizing though he stated that he doesn’t know what he did or who he hurt that led to him being accused.

On Friday, July 17 the late Izu dropped his last tweet, and it reads: “Oh and if you’re reading this, I’m dead lol.”

This guy legit helped me go through depression last year he called me out of the blue and sent me funds. I can’t believe I didn’t see this coming. I thought you had it under control. I have failed you bro. 😭 💔💔 RIP Legend Izu🙏🏾

Someone has committed suicide after he was falsely accused of rape. The list curator didn’t allow him know who accused him.

His name was Izu, @Legend_Izu. 1 of the people who made the accusation has locked her account. How convenient. The other one is saying it’s not her fault.

This Female falsely accused a Young man of rape nd added him to a fairytale list of rapist+made it trend,Izu posted proof of innocence nd ended his life
She is part of individuals with innate mental illness(Learned Illiterate),they use queens english to spew Thrash #JusticeForIzu pic.twitter.com/SNadsM7pqY

So this toe nail of satan, falsely accused a young man or rape/ sexual assault on behalf of an unknown lady.

Turns out the accuser was lying because “ she felt used”

The young man took his own life because of what this Lucifer with tits did.

His Name is IZU