The 16-year-old girl can write 300 word cards, 2000 poems, and 15,000 word novels a day, and has published three books in 2 years. Xiaoxiao was already the head of a magazine “reporter” and the regional operation center of a news website. She also gave a lot of speeches, and under the spotlight, she raised her hands and showed her age differently from children of this age.

Recently, the girl Cen Mounuo’s abilities beyond the ordinary people have spread through the Internet and caused a lot of discussion among netizens.
Some netizens uploaded printed materials containing Cen’s poems and articles. The title page information shows that Cen Mounuo is a native of Cixi, Zhejiang, and has published “Chinese Youth Classic Poetry Collection”, “Thunderbolt” and “666 Cen Mounuo Poems” and other books. At the same time, Cen Mounuo also holds the titles of “Reporter” and multiple “Brand Founders”.

On the evening of July 14th, Peng Mei News (www.thepaper.cn) contacted Cen Mounuo’s father Cen Gangcan. He stated that the books that published his daughter’s works were not published in public. At the same time, he also noticed the online discussion of her daughter.

Cen Gangcan insisted that there was no exaggeration in the relevant propaganda, and her daughter’s writing ability was true. She was also a reporter named “China International News Magazine”, and according to her, it was a media registered in Hong Kong.

After enquiry and verification by surging news reporters, the website of “China International News Magazine” has not been filed with the communication management department in the Mainland.

Passionate speech and 2000 poems written in one day 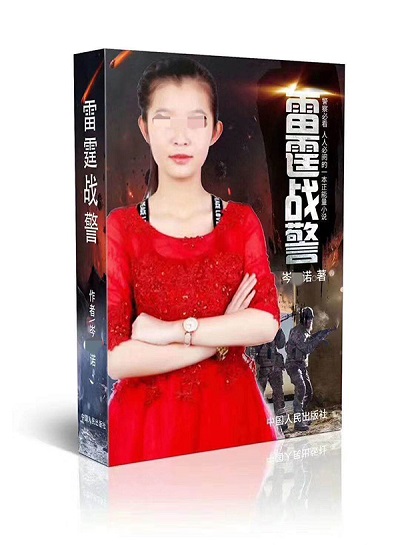 The content of the video was summarized by netizens as “the “understand applause” MLM-style speech style.” The reporter found that in many speeches, Cen Mouno compared his current achievements with the mediocrity when he was in elementary school, and imagined the future glory. Most of the speech patterns are from the beginning of the generosity to tears.

With the conversion of the accompaniment music melody, the mood of the audience is also mobilized and infected.

Netizens have left messages for video lectures and girls’ resumes. Some netizens said, “Qianlong wrote 40,000 pieces in his whole life, and he has caught up in twenty days.” “With his own strength, he can easily surpass everyone in Tang and Song dynasties.

Is this a contemporary poetic sage?”, and some netizens commented: ” The girls have the aristocratic lineage of the Southern School MLM.”
On the “China International News Network”, the reporter found an article entitled “Cen Mounuo’s Anti-epidemic Heart, Poetry and Feelings” signed by Cen Mounuo. In the article, Cen Mounuo wrote: “In our camphor village, there are also such a group of people who are not afraid of hardships, wind and rain, and resolutely stood up and volunteered during the epidemic…”

On the evening of the 14th, Cen Zhiping, director of the Zhangshu Village Committee of Kuangyan Town, Cixi City, Zhejiang Province, confirmed to Pengpai News that Cen Mouno and his father were both from Zhangshu Village. “The little girl spoke very well and sang well.”

Cen Mounuo’s article also mentioned, “The volunteers, under the leadership of the village party secretary, Grandpa Cen Yanquan, have really experienced a lot of hardships. I am very touched and very distressed for them. Therefore, I also wrote my own book “Cen Mounuo’s 666 poems”, “Fireworks scattered over the hearts of the people”, and the father’s product’Ruqing Lilang Soothing Liquid’ were donated to the village.”

By inquiring business information, the reporter found that the trademark “Ruqing Lilang” belongs to Shaoxing In Place Cultural Communication Co., Ltd., whose legal representative is Cen Gangcan, and there is also a Shaoxing Min’e Biotechnology Co., Ltd. under its name.

On a number of social media platforms, a man named Cen Min’e posted a large number of Cen Mouno’s speech videos, and also published a printed cover photo called “Good Parents” on his Weibo. The author is Cen Min’e .