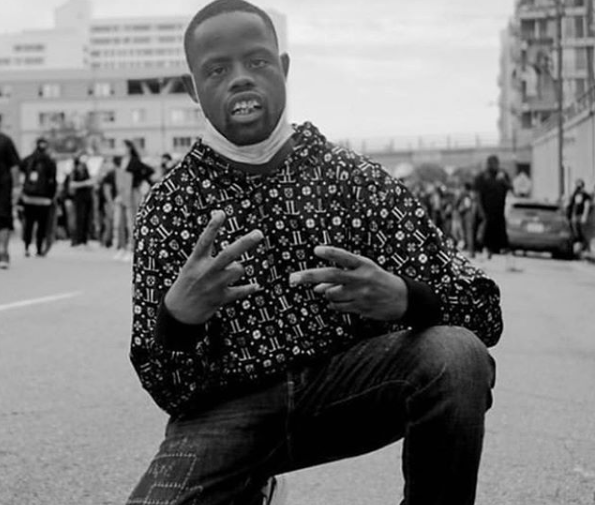 What will someone gain by spreading fake news about the death of one who is alive. Early this week news started spreading all over the social media that Comic actor, Wielven Da Great (Welven Harris) popularly known as Deez Nuts Guy has passed away. The news was shared multiple times on social media.

The fake news started spreading from an unverified website who claimed the actor died on July 14 2020.

The whole information about Deez’s death is not true, Deez Nuts Guy is alive and doing well.

Actor and rapper, 1toneowilliams who confirmed to us that Deez Nuts Guy is alive and not dead.

1toneowilliams earlier today shared a video of himself and Deez Nuts Guy hanging out in an unknown location. He captured the video “This Fool Welven Da Great Still Git The Jokes“.

Via the comment section one of his fans Eman asked him “Bro people are saying he’s dead, was this video taken today? Just so I can have proof that he’s alive because they said he died 3 days ago and I’m pretty sure it’s a hoax”, He replied and said that Deez sent him a message yesterday. 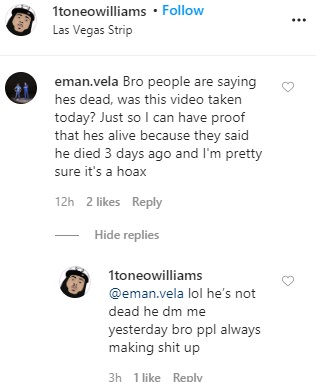 Wavy Nill also shared a recent picture of him with Deez Nuts Guy and captioned it “this nigga get a IG and this the first pic you get.”

His insta is Welvendagreat, could be wrong but I think he still alive