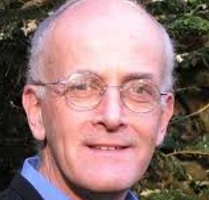 The former director of Operation Mobilisation (OM) Peter Maiden has passed away. Peter Maiden  was reported to have died on July 14 2020. His cause of death or what killed him was not made public. He died at the age of 72.

Peter Maiden’s teaching at Keswick on the temptations of Jesus had a profound impact on lots of people. His death was announced by OM United Kingdom in a series of tweets via their twitter handle.

In the tweet, the OM United Kingdom described Peter as spiritual rigor whose legacy is one of kindness.

The tweets reads below..

Peter’s legacy is one of kindness and spiritual rigor – he will be remembered for his dedication to shepherding and affirming the gifts and callings of the people of God.

Peter’s legacy is one of kindness and spiritual rigor – he will be remembered for his dedication to shepherding and affirming the gifts and callings of the people of God. https://t.co/sKq0G6RhTH pic.twitter.com/KoTK09gNdL

Sad to hear of Peter Maiden’s homecall. A wise leader, brilliant Bible teacher and a significant loss to the church. The gifts being split 50:50 between Keswick and OM sum up two of the great passions of his life. https://t.co/xkNZ1XfYfC

So sad to hear the news about Peter Maiden. Another great man of God promoted to glory. It was such a privilege and pleasure to have served alongside him at Keswick. He was inspirational and a joy to be with. ‘Precious in the sight of the Lord is the death of his saints”Ps 116:15

Also remember a power failure when he was preaching in the Keswick tent … 4000 people there. Peter Maiden was not daunted “I’ve preached in the open air without a microphone”

Such a sad day to hear that peter maiden former director of Operation Mobilisation has passed away. Such a great friend, leader and mentor. Comfort to know he has gone home and has inspired many of their family journeys. pic.twitter.com/TGASfxa8UU

Terribly sad to hear of the death of Peter Maiden. A giant in Bible teaching, missions and leading leaders

Over the last few years I’ve had the joy of seeing him work to nurture and encourage other leaders. His deep love for God and care for others impressed me no end

Few Things You Need To Know About Peter Maiden

Peter was born in Cumbria in 1948 to Godly parents, Reg and Amy. On leaving school he went in to a management training programme with a local Carlisle company but this did not last long. Such was the demand for his preaching and teaching he effectively had two jobs. The call into full-time Christian ministry was unmistakable. He left secular employment in order to fulfil all the invitations he received.

He served for a time as an evangelist with the Open Air Mission, followed by a period of itinerant preaching and teaching at youth events and evangelical churches throughout the country.

It was as a result of speaking at youth gatherings and at the funeral service for Keith Beckwith, a young Cumbrian full-time worker with Operation Mobilisation, he met George Verwer, the founder of OM. George, a very able identifier of talent, pursued Peter until he agreed to become the leader of the growing ministry in the UK, a position that Peter held with great distinction for a period of 10 years.