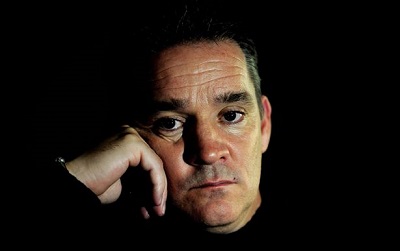 Who Is Officer David Rathband 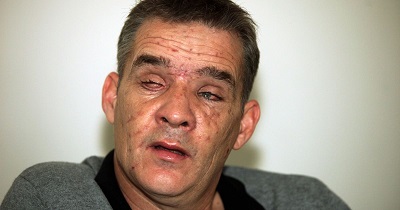 Officer David Rathband was shot by Raoul Moat in 2010 and he struggled to cope with irreversible injuries and subsequent collapse of marriage, few years after David hanged himself out frustration and difficulties he encountered living with his two blinded eyes.

According to Theguardian, The coroner, Eric Armstrong, said little could have been done to prevent PC David Rathband’s death. “Many people may look back, police officers and others, and with the benefit of hindsight, form the view that they wish they could have done something else,” he said. “Could I implore them not to carry that out? Decisions were taken which at the time seemed appropriate and were justified at the time.”

Some family members had hoped the coroner would find his death was preventable. Rathband’s twin brother has blamed Rathband’s estranged wife and Northumberland police for not supporting the officer after he was shot by Moat while he was on the run in the summer of 2010.

How Did He Died

Officer David Rathband hanged himself at his home in Blyth, Northumberland, in February 2012, 20 months after he was injured while on duty.

He left his marital home the previous August after his wife found out he was having an affair with 7/7 London bombing survivor Lisa French, which began on Twitter.

“The circumstances of his injuries [inflicted by Moat] are well known. It is difficult, if not impossible, not to view the infliction of those injuries as the first step in a series which culminated in his death.” revealed by Amstrong

Although it was gathered that officer David Rathband, had made threats to kill himself and told French he had attempted to hang himself but could not go through with it.

A three-day inquest at Newcastle’s Moot Hall revealed that his wife put up with previous affairs, but his last – with French – in effect ended the marriage.

After Kath left him, Rathband made desperate attempts to contact her, ringing her up to 50 times on some days and leaving threatening and abusive messages. In one he pretended to be a police officer ringing to say her husband was dead. On another occasion he threatened to video-call his wife and kill himself as she watched.

On the night Rathband took his own life, Kath visited him for the last time. She said she thought he looked “awful” and decided he needed support. But she felt she was not the right person to be with him and contacted his sister Debbie Essery in Staffordshire and his welfare officer.

That evening, officers broke into his home and found him hanging in the darkness, with music playing from his phone.

The coroner said: “Sadly I have to say I am drawn inescapably to the conclusion that David intended to take his own life.” It was not a “cry for help”, said Armstrong, partly because Rathband locked the doors, leaving the key in the lock.

Who is Raoul Moat 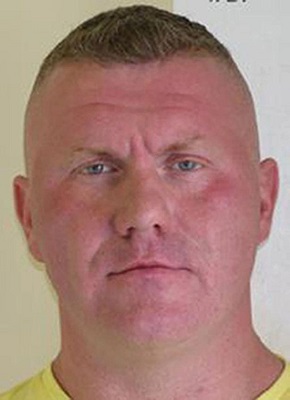 According to Mirror.co.uk, On July 4 2010 Pc David Rathband was finishing his shift in a marked patrol car when he was blasted twice by the shotgun-wielding maniac Raoul Moat who had declared war on police minutes before.

He clung on for life but lost the sight in both eyes after being peppered with hundreds of shotgun pellets in the face.

Pc Rathband, a traffic officer who loved his job, poured himself into starting the Blue Lamp Foundation to help injured 999 workers, wrote a book about his experiences and became a national figure

Later the same year 2010 Northumbria Police released a manhunt on a major operation in Tyne and Wear and Northumberland, England to apprehend Raoul Moat from Newcastle upon Tyne. After killing one person and wounding two others in a two-day shooting spree in July 2010, the 37-year-old ex-prisoner went on the run for nearly a week.

The 37-year-old former doorman died in Rothbury, Northumberland, in July 2010.

The hearing was told Moat was hit by an experimental shotgun Taser round fired by marksmen who believed he was preparing to kill himself.