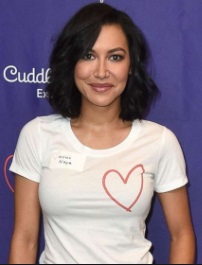 Glee Cast member, Naya Rivera reportedly dead. The talented Actress Naya Rivera was missing and presumed to be dead after her 4-year-old son was found adrift on a boat in Lake Piru in Ventura County Wednesday, officials said.

Deputies received a call of a child found alone on a boat in the lake around 6 p.m., said Cpt. Eric Buschow of the Ventura County Sheriff’s Office. The boy was adrift for about three hours until someone on another boat found him and notified authorities, officials at the scene said.

A search and rescue dive team searched the lake as they were unable to locate the child’s parents, officials said. The department tweeted that they were searching for a possible drowning victim.

Sheriff’s officials later said the missing person is “Glee” actress Naya Rivera, 33, and she is presumed to be dead.

It was not yet clear how the child ended up alone or what happened to Rivera.

The boy was wearing a life jacket when he was found, the department said.

KTLA was previously told by authorities that the child was a 3-year-old girl.

Lake Piru is a reservoir in the Los Padres National Forest and Topatopa Mountains of Ventura County.

This is a developing story.. More Updates Soon!!