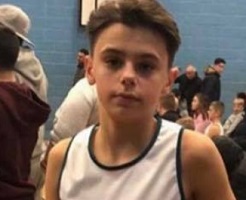 16-year-old, Henry Boswell who was diagnosed with a rare bone cancer has passed away. Reports from social media claimed that Henry died few days ago.

They wrote “R.I.P Henry Boswell May god give you the best bed in heaven our thoughts and prayers go out to all your family and friends at this sad time”

Young boxer, Henry Boswell from Swanley was diagnosed with Osteosarcoma (a rare form of bone cancer) when he was 15 year old. The cancer spread further to his lungs.

In 2019, £615 was raised to help Henry Boswell 16 year old boxer from who been diagnosed with a rare form of bone cancer.

Henry Boswell’s leg and hip were removed on the 16th of December as the cancer got a bit bigger.