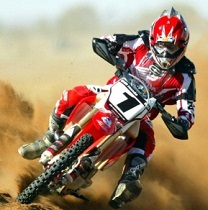 Finke desert race legend, Jason Hill has passed away. According to reports from sources, Jason Hill died yesterday July 7 2020. Jason was one of the fastest riders, his speed at times was world class.He did things on a bike that defied what you could do. His cause death is still yet known to the public.

Jason was a Finke legend, competing on a bike multiple times. He had a crash or win style – always racing hard – a style that saw him win Bike King of the Desert in the 30th anniversary of Tatts Finke Desert Race in 2005.

Jason served Territorians as a Prison Officer and as a Police Officer, excelling in defensive driving training, bringing his Finke talents to our men and women in blue.

He also knew the challenges of small business following his passion for bikes and owning Precision Motorcycles in Darwin.