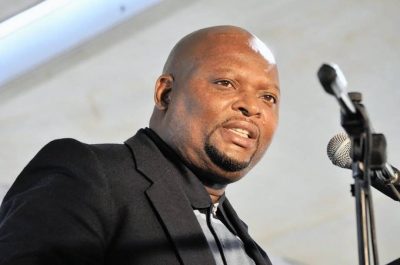 It is really so sad to announce the sudden death of the newly appointed NC KZN spokesperson Ricardo Mthembu.

ANCKZN spokesperson Ricardo Mthembu passed away due to complications linked to COVID-19. It’s understood he was in a Ballito hospital since June 2020.

Following the May 8 elections, Mthembu left his role as mayor of KwaDukuza Municipality, a position he had occupied for eight years, and was deployed to serve as a member of the provincial legislature. This despite many thinking he would get an MEC position.

He  is a former KwaDukuza Mayor., Ricardo   had been in ICU for several days according to reports.

Before his death, Ricardo was a member of the provincial executive council of the ANC in KwaZulu-Natal and was later appointed party spokesperson for the province.

The party is expected to release a statement later on Wednesday.