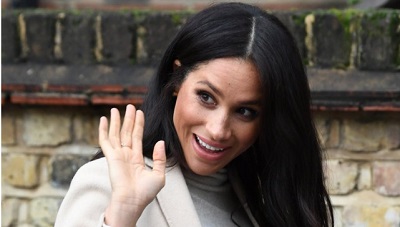 In her war against the British tabloids, the Duchess of Sussex claimed that the “institution” endorsed with silence the publication of false information against her.

Meghan Markle is determined to do anything against those who publicly humiliated her. In the last hours it was learned that the American identified the five close friends who granted an interview to People magazine criticizing her father , and denies having authorized them to do so. This information is contained in legal documents that the Duchess of Sussex filed as part of her battle in London courts against The Mail on Sunday newspaper and its parent company, Associated Newspapers, for giving ” false information” about her to harm her.

Markle, who along with her husband Prince Harry, ceased representing the British monarchy in late March, has sued the Associated Newspapers for publishing excerpts from a letter she wrote by hand and sent to her father in August 2018. Five months after marrying Elizabeth II’s grandson, a link Thomas Markle did not go to due to health problems.

In the documents, Prince Harry’s wife also targeted her powerful in-laws and claimed that she felt “unprotected” by the “institution” and that she could not defend herself against false accusations against her , highlighting the differences between the dukes. from Cambridge and Sussex.

Meanwhile, the publishing group claims that Thomas Markle shared the letter only after Meghan’s friends, who could be called to testify in a possible trial in late 2020 or early 2021 , gave the interview to the American magazine. People , who felt that they vilified him. Therefore, he indicated, he wanted to demonstrate that his daughter’s treatment of him in that letter was not what they had suggested.

Markle claims in UK Justice that the letter was published without her consent and was carefully edited to draw a deliberately “inaccurate” picture of the relationship with her father.

In the letter that Thomas Markle sold to the outlet, his daughter accuses him of breaking her heart “in a million pieces ” by giving interviews to the press, making up stories and attacking her new husband. He also admonishes his father for siding with his half-sister, Samantha, who attacked him in the press while he suffered in silence.

Markle also asks her father to stop lying when she says he called her to tell her he was not going to attend her wedding. “That never happened, because you never called me , ” he reproaches him. “ If you love me, as you say to the press, please don’t lie any longer and let us live our lives. Please don’t tell more lies or keep generating more pain. Please stop exploiting my relationship with my husband . ”

In his defense, the former star of the series “Suits” stated that “he did not know that the interview had been given, and only found out about it, and any reference to the letter, after the article was published” in the American magazine People.

Harry’s wife, 38, claims that he had become the subject of a large number of false and damaging articles in UK newspapers, causing him ” tremendous emotional distress and damage to his mental health.”

As a result of the sensationalist dealings in the UK, the Duchess’s legal team added that she was ” aware that her friends were deeply concerned about her well-being, specifically because she was pregnant, unprotected by the institution and prohibited from defending herself.”

The Duchess of Sussex, who recently moved with her husband and son Archie to Los Angeles, has claimed that any compensation she may receive if she wins the case will be donated to a charity against bullying.

The Associated Newspapers, for its part, completely denies the allegations, particularly the claim that the letter was edited to try to portray Meghan “negatively.”

In late April, Harry and Meghan announced that they were ceasing their collaboration with British newspapers “The Sun”, “The Mirror”, “The Mail” and “The Express” and justified their decision by publishing false stories about them.