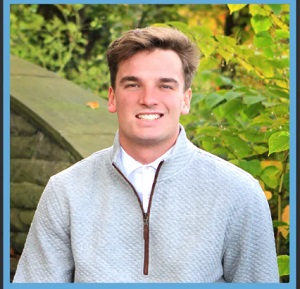 John Holmes of Grand Rapids Christian High School has lost his life in a tragic car accident on Saturday. The Kent County Sheriff’s Office confirmed a fatal crash in Ada Township over the weekend. It happened here near Pettis Ave and 2 Mile. This is nearby Forest Hills Eastern High School.

In an official statement released by the school authority revealed that John Holmes was killed in a single-car accident Saturday night.

We are shocked and saddened to learn that 2020 graduate, John Holmes, died last night in a single-car accident. We grieve with his mother, Cynthia, his brother, George, and countless other friends and family members.

Those of us who knew John, remember a kind and friendly student who was loved by his classmates, teachers, and coaches. He lived his life with passion and worked incredibly hard to achieve his goals. John excelled both in the classroom and on the athletic field where he played football and basketball. He planned to continue his football career next year at Brown University.

We all grieve differently, and individual reactions to the death of a peer can vary greatly from student to student. There is no “right way” to grieve, but it is a very important process. Our counselors, administrators, chaplain, and social worker are available this week to support students. Students or parents wishing to set up a time to talk should email their counselor. You can also find resources here to support grieving students.

We will continue to be in communication as we plan additional student supports, learn of potential opportunities for student gatherings, and as we learn more about the Holmes family’s plans for grieving John’s death and celebrating his life.

As we grieve this great loss, we hold onto the promises of Jesus in Matthew 5:4 when He says, “Blessed are those who mourn, for they will be comforted.” We call on the Great Comforter to surround the Holmes family and all those who love John with peace and hope that can only come from Him.

We are shocked and saddened to share that 2020 graduate, John Holmes, died Saturday night in a single-car accident. We grieve with and pray for his mother, Cynthia, his brother, George, and countless other friends and family members. #LiveLikeJohnhttps://t.co/LMBrNzsi4I pic.twitter.com/nvhC7yd6eD

Award wining reporter, Whitney Burney also reacted to the tragic death of John Holmes in a series of tweets she wrote “The victim was 18 year old John Holmes, a recent Grand Rapids Christian High School graduate. Police say he was traveling northbound on Pettis Ave. when the car veered off the road, overturned and caught fire. He was pronounced at the scene.”

The victim was 18 year old John Holmes, a recent Grand Rapids Christian High School graduate. Police say he was traveling northbound on Pettis Ave. when the car veered off the road, overturned and caught fire. He was pronounced at the scene.