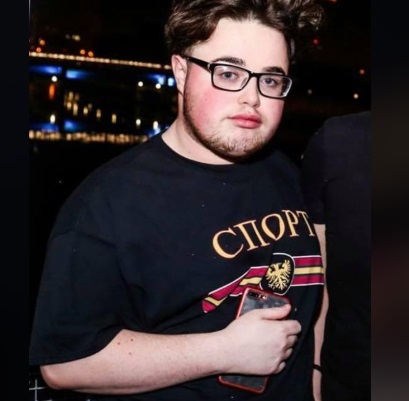 Fans are currently reacting to the death Kailum O Connor on social media describing him as one of the funniest dude on a the comedy sphere.

A user identified as Mitchell Rowan said she is lost of words on hearing the sudden demise of Connor.

“Well bro im lost for words you were one of the kindest and funniest people i knew. Always made me laugh even when I didn’t want too your in a better place now bro R.I.P to my Comedy partner
Mitchell james & Kailum o connor! As you would of said the duo of duos” she said.

Born on November 18, 1998 in Ireland Kailum O’Connor was a well known Irish snapchat star. Comedic Irish social media star rose to fame when a video of him dancing to Nicki Minaj went viral on Facebook which recorded over 10 million views. He’s also widely known on Snapchat as Kailumslife, where his videos are viewed over 80,000 times each.

Over the years Kailum has gained a stunning fan followeship on Facebook with over 10 million views. He’s also widely known on Snapchat as Kailumslife, where his videos are viewed over 80,000 times each.

“It is with a heavy heart we share the tragic news of Kailum O Connor passing. Our thoughts and prayers go out to his family, many friends and all those affected. We have attached info of the many amazing local charities who you can reach out to if you need support. R.I.P ”

Nathan Adams who is also a friend of the late comedian dropped her own tribute on her official Facebook with caption:

“Heartbroken with today news of the passing of Kailum O Connor always put a smile on my face watching his content.
Here’s a picture of my first ever event, sold out thanks to our headline guest KailumsLife who had the whole room in stitches. Good times Heartbroken, rest easy x”

One Conor Devenney from Twitter commented by saying that Kailum’s proves that one can to be the happiest and can as well be saddest.

“The death of Kailum O Connor proves that even the people who seem the happiest can be the saddest and you don’t know what’s happening behind closed doors. Please please please check up on your friends ” she said