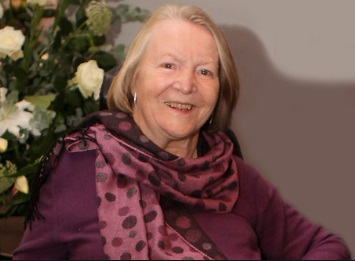 Margaret Tebbit Is Alive And Not Dead!! Margaret Tebbit was born in 1934 in Ely, Cambridgeshire, England as Margaret Elizabeth Daines. She has been married to Norman Tebbit since 1956. They have three children.

She was a former nurse who was paralysed by the IRA’s 12 October 1984 bombing of the Grand Hotel in Brighton, where she was staying with her husband, Norman Tebbit, then Secretary of State for Trade and Industry, during the Conservative Party Conference. Before her injury she worked as a nurse at St Bartholomew’s Hospital, London.

After the bomb explosion she spent two years in Stoke Mandeville Hospital and the Royal National Orthopaedic Hospital, undergoing treatment in their spinal injuries units. During this period she recovered some use of her hands and arms.

She appeared as a castaway on the BBC Radio programme Desert Island Discs on 31 December 1995. She compared her earlier experiences of severe post-natal depression with her later physical disability.