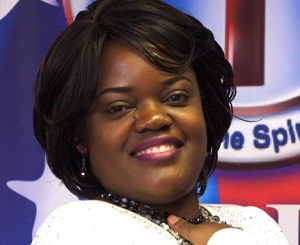 She took to her Facebook page to confirm that  she is alive and doing fine. In the post she wrote “Thank you so much family for the concern, I’m doing well and safe, God bless you..Love you”.

Mutsvene has been one of the heavyweights on the local gospel scene since her entrance in the music industry in 2002 with her first album titled Ngatimukudzei which carried a track named Musandipfuure Jesu that stayed at the top of Radio Zimbabwe Top 20 for more than three months. 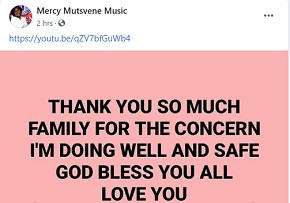 From 2002 up to 2009 Mutsvene released albums that came with hit songs and she was a force to reckon with despite her young age and the controversy that shrouded her personal life and musical journey.