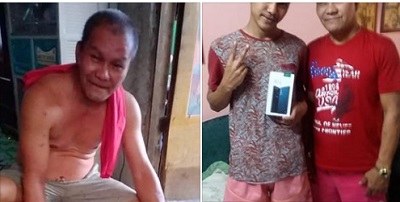 Thi is really love!! a Philippine father who had worked hard enough to make earning has showed what it truelly means to be a real father.

Mr Edwin Bayson who is a truck driver showed his son love after he used all his savings to buy his son a mobile phone as a graduation gift.

The 50 year-old Edwin hails from Carmona town says it took him four months to come up with ₱5,600 and get the mobile phone for son Derwin.

According to CNN Philipians, Bayson revealed that Derwin his son had finished a two-year applied engineering course, also loves to do video blogs using his friends’ mobile phones.

He adds his son can now use the phone to make and wait for calls as he‘s now looking for work. 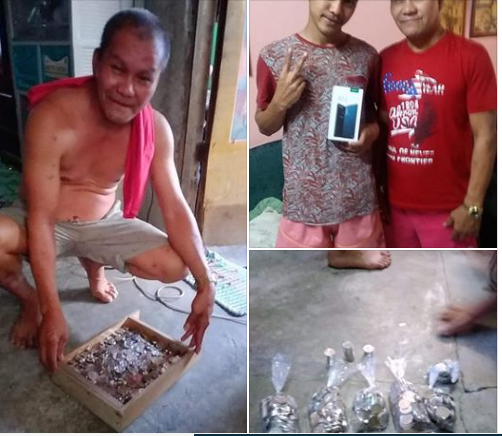