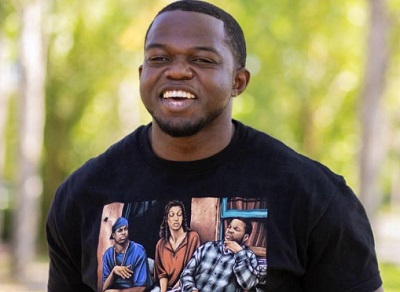 His death was announced by his sister Ebai Bella on Facebook where she rvealed that Epie Sona died on June 11, 2020, Although Bella didn’t reveal what killed Epie Sona on her facebook post.

In her heartfelt tribute she described the young Epie as a role model and the her best friend, a gentleman and a family man.

“There’s no word to add to this, Mo Sona. You said it all so beautifully  Mo Sona
My heart is broken and I’m in disbelief that I’m even writing this out. On June 11, 2020, my brother Epie Jackai Sona unfortunately passed away. My brother, my role model and my best friend. You are the best kind of man I know, a family man, a gentleman, and a man of your word. I can’t imagine the world without you in our family and even now I’m still in shock tryna process all of this. The suddenness of it has rocked us all.
There’s so much you attempted to do and you accomplished so much of it outstandingly; your potential and overall talent for anything you put your mind to has always made you a fierce and honorable competitor, and your big heart always allowed you to see the best in people as well as treat them that way. Even when I stepped out of line, you always found a way to mediate between me and the family. And you always kept a smile on your face or tried to make someone laugh and I always remember wanting to be as funny or cool or as athletic as you. Though you moved out this past year, you always made sure to keep in touch with family and stop by when you could, so even if we didn’t talk as much, our closeness as brothers never dwindled. I could never begin to repay you for the things you’ve done for me or taught me, and I can only hope to become a little part of the man you knew I could be. All I can say right now, is thank you.
Thank you for the days we were young, up in the same room, singing rap lyrics.
Thank you for staying up w/ me and taking care of me when I was sick.
Thank you for showing me how smart and tough I could be if I applied myself.
Thank you for allowing me to tag along with you and your friends to places, even when you didn’t want to.
Thank you for looking out for me, even when I didn’t know any better or acted out.
Thank you for keeping me motivated in school, even when I was close to giving up.
Thank you for being the “cool, strong brother in football” that I could always brag about to my friends.
Thank you for being my best friend I could tell anything to.
Thank you for being the role model I could always look up to and strive for.
Thank you for caring.
Thank you for being there.
Thank you for loving me.
Thank you for giving us the opportunity to love you.
And thank you for being my big brother.
I love you big bro
#MoSona”

Few Things You Need To Know About Epie Sona

AT SAN JOSE STATE: Completed three seasons as a linebacker and special teams player for the Spartans… Played in 22 games with three starting calls… Joined the program for the first time for 2014 preseason drills… Named is pronounced Ep-pee SOW-nah.

In 2014: Completed the season as a redshirt.

He is a business management major and a native of San José, Calif.