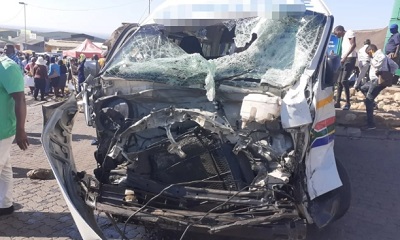 CCTV footage of the Jozini Crash has emerged. It shows how the truck ploughed into everything in its path just after midday yesterday.

About eight persons lost their lifes yesterday and 32 other people was seriously injured in Jozini after a truck apparently lost control and crashed into people and nine vehicles on Wednesday, authorities say.

CCTV footage of the #JoziniCrash has emerged. It shows how the truck ploughed into everything in its path just after midday yesterday. pic.twitter.com/3bsSODqKpf

According to KwaZulu-Natal Emergency Medical Services spokesperson Robert McKenzie, who revealed that there where several casuaties & fatalities recorded in the accident yesteraday.

It was aslo subsequently confirmed later on Wednesday by McKenzie that the tragic car accident crash got 32 people injured, 8 deied and involved 10 cars in total, including the truck.

“A total of eight people died at the scene and others were rushed to hospital for medical attention”, police spokesperson Captain Nqobile Gwala said.

Investigations are ongoing to ascertain more details on the cause of the accident. 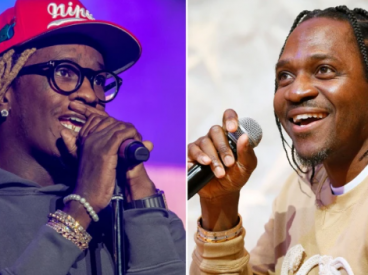