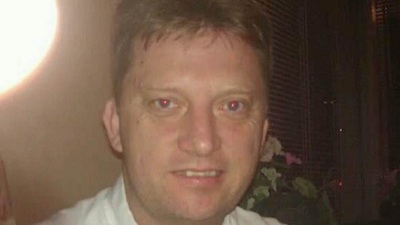 Michael White has already departed from Tehran on a Swiss government flight.

The Iranian authorities authorized the exit of the country from the American Michael White , a veteran of the Armed Forces and sentenced to 13 years in prison, a day after a scientist held in the United States arrived in Iran and that both governments denied that they had agreed to an exchange any. White, the first marine detained by the regime during the Donald Trump government, was arrested in 2018 and convicted, among other charges, of insulting the Supreme Leader of the Islamic Republic, Ayatollah Ali Khamenei.

The US State Department confirmed in March that he had been released from prison for medical reasons , but was to remain in the custody of the Swiss Embassy, ​​which represents Washington’s diplomatic interests in Tehran.

Sources familiar with the negotiations confirmed to CNN thatWhite’s freedom is now final, something that the family itself celebrated with a statement in which the ” nightmare ” has ended.

The ex-military’s mother thanked the Donald Trump government for the efforts to end 638 days in which her son has been “hostage” by the Iranian Revolutionary Guard.

” We understand that there is great interest in Michael’s story. In due course, Michael himself will tell it . Until then, we respectfully ask the media to respect the privacy of the family, ” Joanne White said in her note, released by the campaign that has supported her son’s cause in recent months.

White’s delivery to the United States was confirmed a day after Iranian scientist Sirus Asgari landed in the Islamic Republic after being detained in the United States. According to the Iranian Government, he was able to return after being acquitted of the charges against him, thus denying any possible exchange.

Also the spokeswoman for the US State Department, Morgan Ortagus , denied this week that Washington had agreed to an exchange between White and Asgari, alleging that the United States had been trying since December to deport the scientist but Iran had “paralyzed the process.”