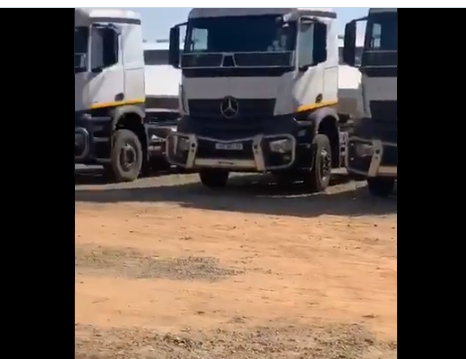 About 10 trucks own by the Sam Holdings has been auctioned for sell by the Aucor Auctioneers in Midrand South Africa.

The viral video uploaded on Twitter on Thursday rvealed that the company has gone defunt and since has decided to sell off their remaining trucks.

What happened to SAM HOLDINGS IS SAD 😭😭😭 pic.twitter.com/QHLb8h9I7n 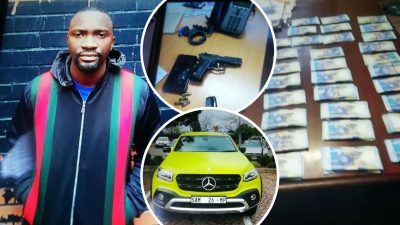 The owner of the company SAM Holding is Sam ‘Mshengu who is 27 years old was last year arrested by the Hawks in connection with a bribery case.

According to reports revealed by the Hawks in a statement on Monday September 2019 that the 27-year-old businessman Sam Chabalala, popularly known as Sam Mshengu of Sam Holdings, had allegedly attempted to bribe his way out of looming legal trouble last week.

It only made his troubles worse though.

Brigadier Hangwani Muluadzi said in the statement that Chabalala appeared in the Witbank Magistrates’ Court on Monday on charges of alleged bribery, corruption, possession of an unlicensed firearm and fraud in terms of contravening the Immigration Act.

He was arrested on Friday at a restaurant at Emalahleni’s Highveld Mall after an alleged attempt to pay home affairs officials R40,000 “to destroy reports of a fraudulently obtained South African identity document against him”, said the Hawks.

The Hawks’ Serious Commercial Crimes Investigation unit swooped on him shortly afterwards and found an unlicensed firearm in his vehicle, a green Mercedes-Benz, one of many luxury cars he owns.

He will be appearing to apply for bail again on Friday. On Monday, there was a fair bit of drama outside court when supporters arrived in a fleet of flashy cars to support him.

An investigation of Chabalala’s citizenship status had earlier been initiated by the department of home affairs, with reports suggesting that he is actually from Zimbabwe and may have allegedly obtained his South African citizenship illegally. The Hawks, however, are apparently still trying to ascertain where he really comes from.