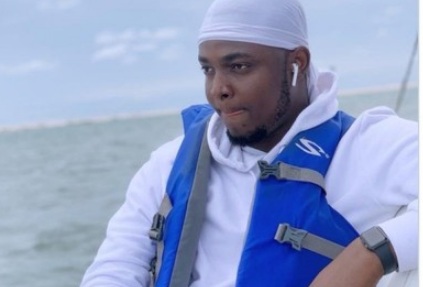 #Yangytherapist: A Nigerian playboy and also a Babcock student, who has been identified as Godknows Adolphus Owhor aka Yangy is under fire after being accused of raping 24 women.

In a viral tweets shared by a Nigerian twitter user, Angie @caramelangiee posted had this allegation on him and more people opened up.

In her tweets Angie revealed that Yangy as popularly called had penetraed 24 women forcefully, she wrote:
“A victim of rape sent this to my dm and I simply couldn’t ignore it, she exposed her rapist as someone called “YAngy” (I don’t know his twitter handle) she said to warn others of him . So ladies beware of this guy he is a rapist!”

A victim of rape sent this to my dm and I simply couldn’t ignore it, she exposed her rapist as someone called “YAngy” (I don’t know his twitter handle) she said to warn others of him . So ladies beware of this guy he is a rapist! pic.twitter.com/XLn2n1xl77

“This is a conversation between YAngy and someone he raped He told her to come out and say that she wasn’t raped and it was a lie ,so she said she’s not doing any of such,so he accused her of wanting money in exchange to come out and renounce what she said about the the playboy Yangy.”

Meanwhile, the accused Yangy did not shy away from all the accusation labelled against instead he uploaded a video defending himself and claiming he didn’t rape that he was supposed to date the girl but that he later dumped the idea.

YANGY defends himself Face with tears of joy It’s not clear man, 24 ladies on top your matter and some people have finally spoken Broken heartBroken heart Justice be servedBlack heart.

Tweets To The Topic

That’s how I heard he lies a lot about sleeping with girls when they haven’t either met him or they just became friends. He has damaged so many girls by forcefully sleeping with them since 2016 (beginning of when I started hearing his gist) 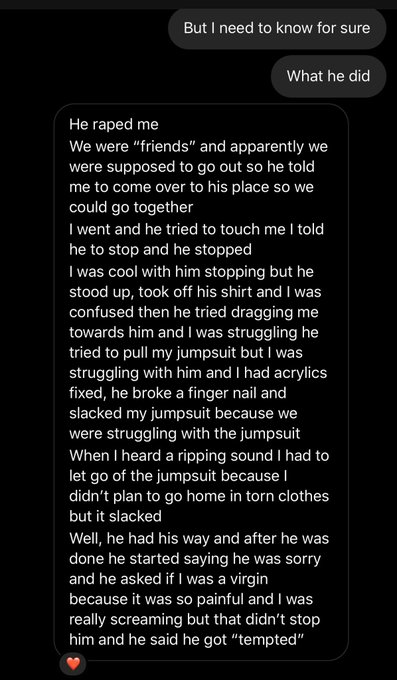 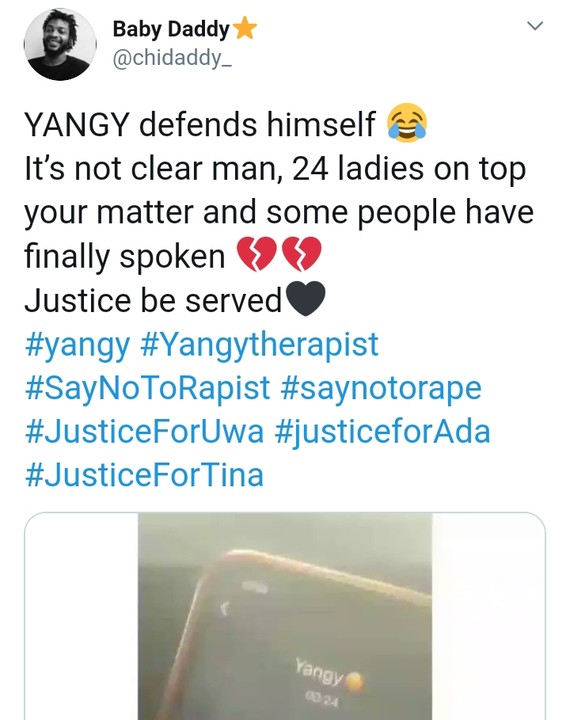