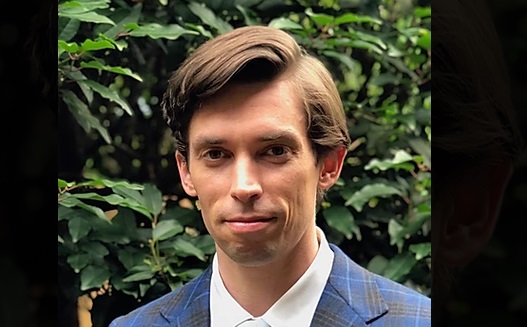 Who Is Daniel Elder Composer

Daniel Elder is an American music composer, Born on July 20 1986. Daniel grew up in Jefferson, Georgia.

He is the fist son in the family of six children.

While in in school Daniel took part in the yearly baseball and basketball leagues until he was thirteen. At twelve, he had begun training with his school’s track and field and cross country teams.

After graduating from high school Daniel was ultimately unhappy with his pursuits as a student-athlete and resigned in 2006 to turn his full attention to a change of major in Music Composition.

He delved fully into his music composition adventure which he started at the age eleven, he began Trumpet study at West Jackson Middle School (Jefferson, Georgia) with Dennis Turner, continuing through Jackson County Comprehensive High School (Jefferson, Georgia) with Miles Adams, where he participated in Marching, Concert, and Jazz bands. Before leaving the school he obtained the position of first chair in both the Advanced Wind Ensemble and Jazz Band I. He achieved the second chair at the Georgia District 13 Regional Honor Band in 2002 and was the first alternate for the 2002 Georgia All-State Band (Grades 9-10).

To facilitate his athletic training, he transferred high schools in January 2003 as a Junior and began study at Clarke Central High School (Athens, Georgia), where he continued musical study by participating in the Athens Youth Symphony under Karl Schab. Upon matriculation to The University of Georgia in 2005, he begin singing in choirs at First Presbyterian Church and with the university’s Men’s Glee Club and Concert Choir (now the UGA Hodgson Singers), where he first developed a keen interest in the composition of choral music. This passion would stay with him throughout his undergraduate study and eventually lead him to graduate study at Westminster Choir College (Princeton, New Jersey).

Daniel received a Bachelor of Music in Music Composition from The University of Georgia in 2010. While at UGA he studied composition with Drs. Adrian Childs and Roger Vogel, and studied vocal performance with Dr. Stephanie Pierce. In the spring of 2009 he garnered his first awards in composition, at the Georgia Young Composer’s Festival (second prize for A Dream Within a Dream) and The Choral Project’s Choral Composition Competition (first prize for Lullaby). Then in the fall of 2010 he won first prize in the Arnold Salop Memorial Composition Competition with Due Miniature for woodwind quintet.

He received his Master of Music in Music Composition from Westminster Choir College in 2012, where he studied composition with Drs. Christian Carey and Benjamin Boyle and vocal performance with Devin Mariman. In 2011 he was selected as one of eight global prizewinners in the Abbey Road Studios 80th Anniversary Anthem Competition with The Heart’s Reflection. Also in 2011 he was commissioned by the Westminster Choral Festival to write Seven Last Words from the Cross, later toured by the Westminster Choir in 2012. Daniel performed with the Westminster Choir for both years of graduate study, appearing numerous times as a baritone soloist and as the composer of two works performed by the choir during the course of his membership (Seven Last Words from the Cross and The Heart’s Reflection). Upon graduation in 2012, Daniel was chosen as the composer of the Class of 2012 Commencement Anthem, performed by the graduating class during Westminster’s commencement ceremony at Princeton University Chapel on May 12, 2012 (The Heart’s Reflection).

In 2012 Daniel presented his work O Magnum Mysterium at The University of Notre Dame’s Sacred Music Conference, and in 2013 was selected as the grand prizewinner of the Simon Carrington Chamber Singers’ Composition Competition with the same work. The Westminster Choir recorded his first commercial album in early 2013, released by Naxos of America to critical acclaim in October of that year. In 2014 he placed second in the professional division of The American Prize in Choral Composition with Three Themes of Life and Love. Apart from freelance composition, Daniel also reached the semi-final round of auditions for Staff Arranger with both The United States “President’s Own” Marine Band (2014) and The United States Army Field Band (2015).

As a young composer, Daniel was inspired by the mystical work of American composer Morten Lauridsen. During the course of collegiate study, Daniel would further develop deep appreciations for the work of Ralph Vaughan Williams, Gustav Holst, Claude Debussy, Arvo Pärt, and numerous other Late Romantic and 20th-Century composers of mystical, impressionistic, and pointillistic forms. Daniel’s mature writing style draws heavily on these forms (impressionism and pointillism most prominently) and his vocal work often brings emotion to the forefront over the lyrics themselves, often uniquely encapsulating the mindset of the lyricist. On numerous occasions he has supplied original lyrics to his compositions. In the popular music realm, electronic dance music plays the most significant role among his compositional influences, its trademark repetitions and mood-setting falling in line with the impressionistic technique of landscape-painting through music.

For anybody into choral music just a heads up that this has been Daniel Elder’s response to the protests. In music we have a duty to speak truth and this isn’t it. pic.twitter.com/DGWUc6Ebgt

Ballade to the Moon

Ballade to the Moon

I Sat Down Under His Shadow