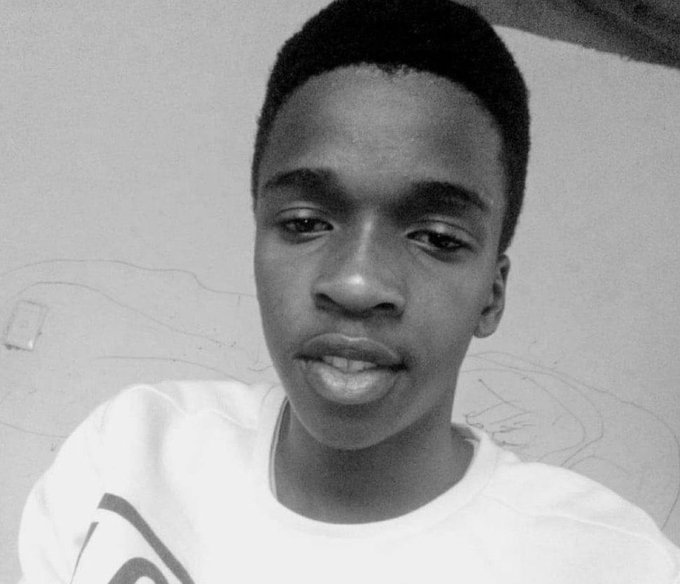 Bobo Andile’s killers murdered him at Magagula Hotel and later dumped his lifeless body in Newto river after he was allegedly stole money and beer from the hotel.

In the wake of his death, Bobo’s murder attracted huge protest both in the commuinty and on social media with caption #Justiceforbobo which saw thousands of South Africans demanding justice for the fallen teen and leading to the consequent destruction of Magagula Hotel by the angry concerned individuals and community members.

According to reports, seven suspects have been arrested in connection to the murder of Andile “Bobo” Mbuthu, however charges were dropped for the meantime against the seventh under aged suspect.

Andile “Bobo” Mbuthu is being laid to rest today. A small group of family, fellow pupils and community members have gathered outside his Hambanathi home to pay their last respects. pic.twitter.com/7HIjPxWOur

The suspects were charged with murder and kidnapping but due to lockdown restricted movements, their case has been dragged.