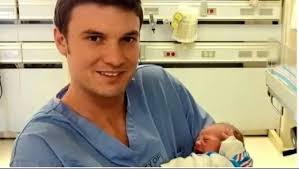 Heck Off Supreme & Slim Jim Instagram Meme Creator, Andy Hines has passed away. According to reports, Andy Hines died on Wednesday May 6, 2020. The cause of his death or how Andy Hines died is not yet known to the public as at the time of filling in this report. Andy Hines died at the age of 35. The meme king Andy Hines – he was behind so many amazing meme accounts including Slim Jim.

Before his death Andy Hines was happily married to the love of his life Meghan and there marriage was blessed with two boys.

Read Next: American Pastor, Darrin Patrick Has Passed Away

Andy’s death was announced by Daniel Zavaro who has created a GoFund me account on behalf of Hines.

Announcing the death of Andy Hines, Daniel Zavaro wrote on his Facebook timeline..

“Our beloved friend Andrew Peter Hines passed at the age of 35. He was a loving father, husband, and son who brought happiness and laughter to his loved ones, and to millions of others through his creative endeavors. He was brilliant, funny, and truly one of a kind. We have created a fund to support his son Danny and step-son Ryan. All proceeds will be going straight to them and appropriately distributed throughout their upbringing as they create lives of their own in their father’s absence. Donations of all sizes are appreciated.”

Andy Hines also  in 2018 created an instagram account ”Heck Off Supreme” which boasted large followers. Andy Hines’s Heck Off Supreme account growth was a a result of his constant posting of funny memes online.

Hines’ mother-in-law, Loren Cosgrove Fitzgerald penning down here tribute on Facebook described as somebody who could make anybody laugh. “I will deeply miss my son in law! He could make anyone laugh. Unfortunately, he is gone too soon leaving behind Ryan and Danny. There is going to be some challenges ahead for them. But they will be better young men for having had their Dad/Step-Dad in their lives. Rest in Peace Andy.”.. She wrote.

Taylor Lorenz, New York Times reporter said he was shocked to hear the sudden demise of Andy and described him as a wonderful human being who will be missed by friends.

In a series of tweets he wrote ”Andy Hines, a staple in the meme world better known as heckoffsupreme who ran several hilarious accounts including @slimjim, has died. I am gutted. Andy was such a wonderful human being and so creative. I feel so incredibly lucky to have even known him. Such a tragedy”

A GoFundMe account was created for the social media comedian, who originally started the imposter Slim Jim account as a hobby, but which quickly blossomed into one of the biggest meme accounts on Instagram. Even though he had no prior professional marketing experience, Hines was eventually hired to run the real jerky’s Instagram page, which now has over 1 million followers.

Sad news of the passing of Andy Hines who ran the hilarious accounts @slimjim and heckoffsupreme and others. He reached out and encouraged my hat making and sent this care package to make this hat happen. There is a… https://t.co/gp8LzRsAIG

rip andy hines aka heckoffsupreme you were the realest. thank you for all of the applebee’s memes. would have loved to get kicked out of the applebees in union nj with you pic.twitter.com/p007UfifYh

Dammit, and RIP to heckoffsupreme aka Andy Hines 😞 gone much to soon pic.twitter.com/CJbS4vKazK

Andy Hines, a staple in the meme world better known as heckoffsupreme who ran several hilarious accounts including @slimjim, has died. I am gutted. Andy was such a wonderful human being and so creative. I feel so incredibly lucky to have even known him. Such a tragedy pic.twitter.com/YiSOXIvi5f

We’ve got corona, botched politics, and now the guy who ran the SlimJim Instagram account (Andy Hines) has passed away.

What did we do to deserve this punishment?

Gang, by now you’ve heard the news that our original Long Boi, Andy Hines, has passed away. Andy and I only wanted one thing for the Gang – to laugh together. Andy’s incredible humor was matched only by how much he loved you and all the joy it brought him to see the Long Boi Gang thrive. I will honor him by doing what we always did best, giving the Gang something to smile about. Always keep Andy in your heart, we will laugh again…together. Rest In Peace Andy.

In other words, the content was as dry as the dried sausages it was trying to sell to consumers.

There Instagram content was attempting to be funny and gain attention, but it missed the mark. Consumers felt like they were being marketed to and it was contrived.

Then, in the fall of 2018, Slim Jim staffers noted that an account on Instagram, @SlimJimsDoingThings, had 15,000 followers.

Meanwhile, Slim Jim had only 5,000 followers.

The fan account was manned by Andy Hines, as a hobby. It targeted Slim Jim using an “irreverent voice and meme culture” to get a conversation going.

The actual Slim Jim workers  wondered how Andy Hines’s account went to such success? They are not paying for this and they have three-times as many followers as we do,” “We noticed the content was really funny. It was connecting with a unique voice and fans were responding to it.” They said.

In September 2018, Hines posted a meme to his Instagram page with the text, “Me realizing I have more followers than the actual Slim Jim page and they still won’t hire me as director of marketing.”

Soon after Hines’ post, Slim Jim invited him to a pop-up event at Washington, DC, restaurant Chiko, where the snack was being integrated throughout the menu.

“He came out and Slim Jim loved him and his energy,”. “Rather than saying cease and desist, he joined their agency BIOS as content manager.”

Gang, by now you’ve heard the news that our original Long Boi, Andy Hines, has passed away. Andy and I only wanted one thing for the Gang – to laugh together.

Andy’s incredible humor was matched only by how much he loved you and all the joy it brought him to see the Long Boi Gang thrive.
I will honor him by doing what we always did best, giving the Gang something to smile about. Always keep Andy in your heart, we will laugh again…together.
Rest In Peace Andy