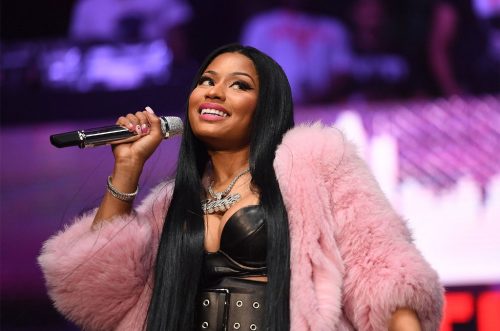 Popular female American rapper, Nicki Minaj has finally earned her no.1 spot on the billboard hot 100, to many people this is such emotional day for all the barbz out there.

The Barbie diva in a series of tweets shared her latest earning revealing that her “Say So (Remix)”  has officially hit #1 on the Billboard Hot 100.

Nicki Minaj & Doja Cat make HISTORY as the first female rap duo of all time to achieve this milestone. 👏🏾🎉 pic.twitter.com/W5hkpe5rOE

Nicki Minaj & Doja Cat make has made history as the first female rap duo of all time to achieve such milestone on Billborad chart.

The remix of Doja Cat’s “Say So” remix featuring Nicki Minaj was released last week got many fans a bit troubled about the quality of the revamped track leading up to its release but no one knew that it will eventually earn the number on Billboard chart.

According to Billboard, Nicki’s four albums under her project label has broken chart records. She wears the crown for having the most Billboard Hot 100 hits (106) among women of all genres and, with 17 top 10s, sets the mark for the most by any female rapper.