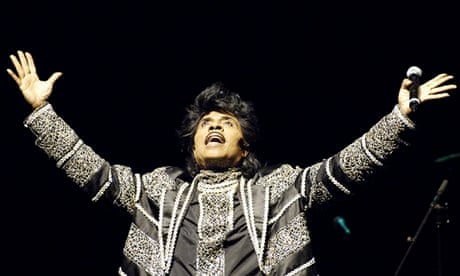 Legendary Musician Little Richard just passed away this morning. he died at the age of 87.

The King and Queen of Rock’n’Roll the almighty, Richard Wayne Penniman AKA little Richard passed away this morning, the news of his death was revealed on Twitter by Mo Music:

Richard Wayne Penniman (born December 5, 1932), better known as Little Richard, is an American singer, songwriter, and musician. He was such a great… https://t.co/cY8p9k2Lwh

Robert J.E Simpson has also confirmed the news of Little Richard’s death on Twitter, the popular writer and publisher shared the late singer’s epic picture with caption: “What a glorious pic! The late great #RikMayall with #BenElton and the legendary #LittleRichard” 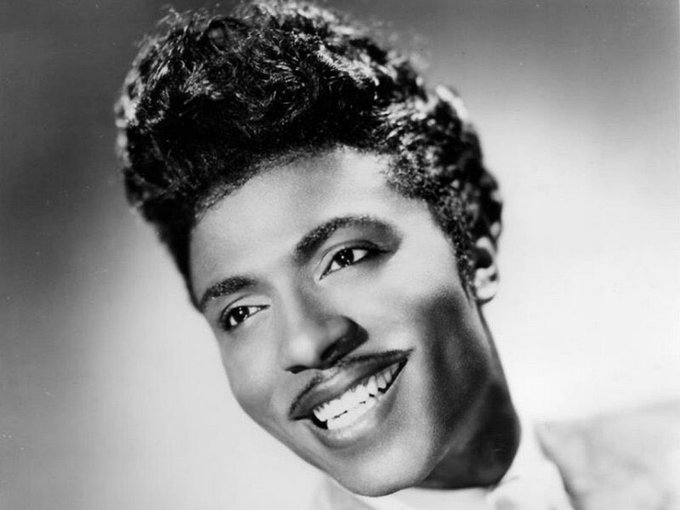 Few Things You Need To Know About Little Richard

Richard Wayne Penniman was better known as Little Richard, is an American singer, songwriter, and musician. He was such a great singer in the late 90s.

Born in Macon, Georgia, on December 5, 1932,  he was the third of 12 children of Leva Mae (née Stewart) and Charles “Bud” Penniman. His father was a church deacon who sold bootlegged moonshine on the side and owned a nightclub called the Tip In Inn.

He was nicknamed “Lil’ Richard” by his family because of his small and skinny frame. A mischievous child who played pranks on neighbors, Penniman began singing in church at a young age.

Related: Few Things You Need To A Brian Howe’s Death

Possibly as a result of complications at birth, Richard had a slight deformity that left one of his legs shorter than the other. This produced an unusual gait, and he was mocked for his allegedly effeminate appearance.

In 2015  Little Richard revealed that he suffered a heart attack and recovered. he said this while speaking with Cee Lo Green in an on-stage interview, the 80-year-old rock’n’roll singer divulged that he had almost died in Nashville about a week before.

Richard career in secular music started in 1962 when he was persuaded to tour Europe under the impression that it was a gospel tour.

In 1970s, Little Richard was already making a respectable living on the rock music, immortalized in a searing, sweaty performance in the 1973 documentary Let the Good Times Roll. During this time, he also became addicted to marijuana and cocaine while, at the same time, returning to his gospel roots.

Richard who is also popularly song  “Tutti Frutti” became an instant hit, reaching No. 2 on Billboard magazine’s Rhythm and Blues Best-Sellers chart and crossing over to the pop charts in both the United States and overseas in the United Kingdom. It reached No. 21 on the Billboard Top 100 in America and No. 29 on the British singles chart, eventually selling a million copies.

His next hit single, “Long Tall Sally” (1956), hit number one on the R&B chart and number 13 on the Top 100 while reaching the top ten in Britain. Like “Tutti Frutti”, it sold over a million copies. Following his success, Little Richard built up his backup band, The Upsetters, with the addition of saxophonists Clifford “Gene” Burks and leader Grady Gaines, bassist Olsie “Baysee” Robinson and guitarist Nathaniel “Buster” Douglas.

Richard Penniman began performing on package tours across the United States. Art Rupe described the differences between Penniman and a similar hitmaker of the early rock and roll period by stating that, while “the similarities between Little Richard and Fats Domino for recording purposes were close”, he would sometimes stand up at the piano while he was recording and that onstage, where Domino was “plodding, very slow”, Rich  was “very dynamic, completely uninhibited, unpredictable, wild. So the band took on the ambience of the vocalist.”

Richard performed at the famed twelfth Cavalcade of Jazz held at Wrigley Field in Los Angeles which was produced by Leon Hefflin, Sr. on September 2, 1956. Also performing that day were Dinah Washington, The Mel Williams Dots, Julie Stevens, Chuck Higgin’s Orchestra, Bo Rhambo, Willie Hayden & Five Black Birds, The Premiers, Gerald Wilson and His 20-Pc. Recording Orchestra and Jerry Gray and his Orchestra. he last released an album in 1992.

In a throwback interview on the Christian-oriented Three Angels Broadcasting Network, Richard reiterated his belief that homosexuality is “unnatural” while simultaneously reaffirming his strong Christian faith that has followed him for most of his life. “Anybody that comes in show business, they gon’ say you gay or straight,” he said. “God made men, men and women, women… You’ve got to live the way God wants you to live… He can save you.”

In 1958, Rich established the Little Richard Evangelistic movement who were traveling across the country to preach. A month after his conversion, Penniman met Ernestine Harvin, a secretary from Washington, D.C., and the couple married on July 11, 1959.

Little Richard’s cause of death a have not been made public as at the time of filing this report.

Richard received the various awards for his key role in the formation of popular music genres.

Tributes For The Late The King and Queen of Rock’n’Roll, Richard Wayne Penniman

.@RollingStone is reporting that Little Richard has died at age 87. Such a huge loss. Resharing the best thing I ever read about the man, from @oxfordamerican.
“He sounds like the last man on earth singing the first song ever written.” https://t.co/zT46Zk1j8D

#RIPLittleRichard.
Little Richard, the architect of rock & roll has died aged 87. You don’t get more original, influential, outlandish and great than Little Richard.https://t.co/3tsjlcuy7M