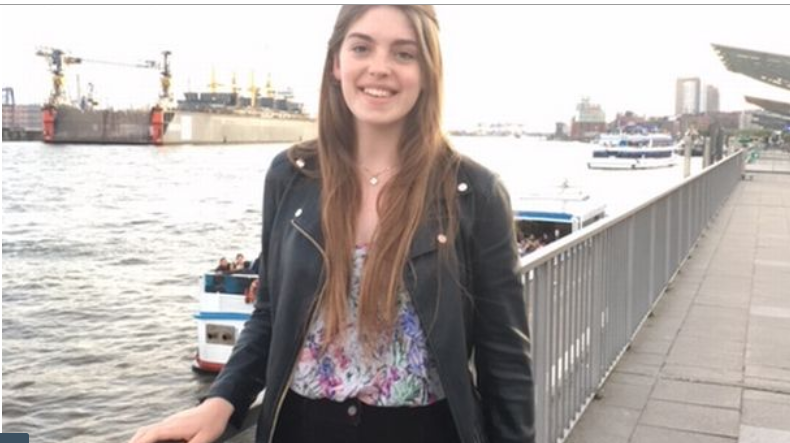 Emma was a 24 year-old talented graduate who was crossing Chester Road in Hulme when Laurence Crossan, 28, ploughed into her in his Ford Mondeo.

She died from catastrophic head injuries after being mowed down by a hit-and run-driver, an inquest was told.

Although doctors tried to save Emma’s life alongside the emergency services, but she tragically passed away on January 2019.

The hearing heard that Emma, who was originally from Bristol but had been living in Manchester after graduating from university, was attempting to cross the road using a pedestrian crossing, at around 9.30pm on June 28 last year.

CCTV footage showed Emma waiting until the pedestrian light turned green, to indicate it was safe for her to cross.

But just three seconds after she stepped into the road, Crossan, who had been weaving in and out of traffic ‘with seemingly no regard for any pedestrians’, drove straight into Emma and failed to stop.

Tests showed he would have been driving at between 34 and 42 miles per hour on the 30mph limit road.

Emma was thrown into the air and came to rest more than 26 metres away.

Two passing off duty doctors stopped to help Emma, who also suffered injuries to her legs, and were soon joined by the emergency services.

But despite their best efforts to save her, Emma died at the scene.