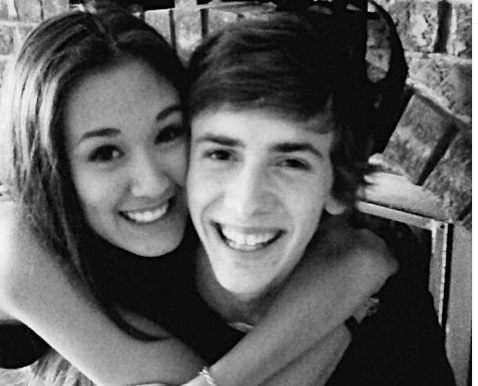 The death of Sabastian Baz Morris was officially revealed by the popular Youtuber on her Youtube channel on Sunday 31 May 2020.

Who Is Sabastian Baz Morris, Laurdiy

Sabastian Baz Morris was the former boyfriend of Lauren Kobayashi Riihimaki  who she said died of seizure few days ago.

Laurdiy, while speaking from her Youtube channel, tearfully said that she parted ways with Sabastian Baz Morris in 2015 after realizing that their union could not work as they expected.

She described Baz a most kindest, most positive soul she had ever met, someone who didn’t have much but would ever hesitate to give everything for love.

It appears from what she said that Sabastain Baz Morris was her first crush and boyfriend.

Laurdiy said that she did several youtube videos with him which most of her fans on Youtube where not aware of it.

Rest In Peace. 🤍 I need some time offline, please watch my newest video and I’ll see you soon.

Lauran Riihimaki began posting DIY tutorial videos on her blog in her first year of university in Toronto. She first joined YouTube in late 2011, originally to post her sewing videos on the platform.

In 2015, she graduated from Ryerson University with a degree in graphic communications management. She won a Shorty Award in the “House & Home” category at the tenth annual ceremony.

She also won a Streamy Award in the “Lifestyle” category at the Awards’ debut ceremony in 2017.

In the same year, her web series Served By LaurDIY premiered on Facebook Watch.

Laurdiy over the years has been in and out relationships with men which includes the Alexander Burriss or popularly known as Alex Alex Wassabi, the late Sabastian Baz Morris who she said she broke up with in 2015.

Laurdiy broke up with Alex Wassabi in 2018  which took many people especially her fans on Youtube by storm.

In an emotional and tearful video, the longtime couple revealed that they are taking time apart after three years of dating.

“We both feel like we need specific things and we’re not fully on the same page so we need to take time apart so we can be on the same page,” Lauren tearfully says in the video.

They added that there was no cheating involved, no jealousy issues and the breakup came out of the blue.

Lauren and Alex also let fans know that while they are taking time apart to be the best versions of themselves, it may not be the end of Laruex.

Later, Lauren took to her Twitter to thank fans for their support writing, “I just want to say thank you to everyone who’s reached out to check on both of us and offer love & support, it means the world to me and I’m so lucky to have all of you  please continue to have faith in true love because I promise that it exists and its so real and powerful.”

Who Is Alexander Burriss popularly known as Alex Wassabi

Alex Burriss is a 29 year old born Motana Youtuber, he started his YouTube Channel, Wassabi Productions, or hoiitsroi. Burriss along with his friend Roi Fabito teamed up to make hilarious parodies of music videos.

His youtube channel Wassabi Productions currently has millions of subscribers making it one of the most successful YouTube channels out there! When Burriss was in high school, he was considered to be the class clown who would make everyone laugh.

Every day he would wait around the corner right before the bell rang and dive in the class just to make everybody laugh. He once confessed he receives weird stuff from fans, including inappropriate things! His brothers Andrew Burriss and Aaron Burriss are also popular YouTubers.

On Sunday Alex Wassabi was rumored dead after his former girlfriend uploaded the viral video where she went emotional revealing the sad news of her ex-boyfriend Sabastain Baz Morris many people thought she was referring to Alex.

According to Lauren Sabastain Bas Morris died from  seizure after a long battle with epilepsy.