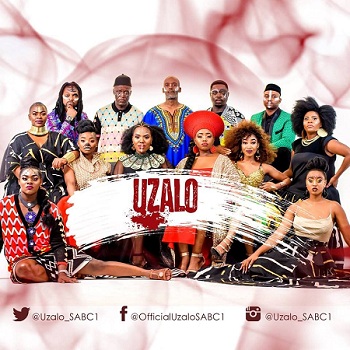 The soap opera was first aired in 2015 and broadcast live from Mondays to Fridays on SABC1.

This June Uzalo will be returning to SABC1 on Monday, 15 June 2020 after its break, to catch-up on new episode just keep posted on this page or watch from the SAB1 Channels every Mondays to Fridays.

Gabisile is on a mission to clear her name, but it’s not as easy as she’d hoped it to be. Thulani and Godfather make a tactful move to sabotage Nkunzi. Fikile is on full shopping spree mode, much to Sbu’s discomfort.

MaNgcobo, Nkunzi and Sibonelo face an uphill battle in their quest to solidify partnerships, Gabisile goes to the ends of the earth to prove her innocence and Sbu makes a lifechanging decision.

While Nkunzi is busy building, Thulani is busy sabotaging him, Gabisile plays hardball with Nomcebo and Fikile finds herself caught between a rock and a hard place.

A lack of planning by Sibonelo’s team could be very costly. Just as Gabisile thinks she’s winning, her world is turned upside down by a phone call and Fikile digs herself deeper and deeper into a hole.

MaZaza throws an ultimatum at Gabisile, baying for her blood. Sibonelo and his crew arrive at the heist location after duping Nkunzi. The walls are closing in on Fikile, she has to pay up.

Nkunzi’s failed heist blues place him in a position where he hears painful truths from his lover. MaZaza continues to make Gabisile’s life a living nightmare.

Fikile’s excitement forces Sbu to dig himself in a deeper hole with more lies.

Nkunzi takes a drastic decision. When Tsunami doesn’t get what he came for, he does the unthinkable and MaZaza becomes a thorn in Gabisile’s side.

Things go awry for Sibonelo and his crew, but all is not as it seems. Fikile’s world is turned upside down. Sibonelo and Gabisile’s plan to deal with MaZaza fails dismally.

In the aftermath of the heist there seems to be another showdown looming when suspicions arise within the two teams. It looks like it’s the end of the road for Gabisile. Kuvukiland’s favourite couple is under siege.

Gabisile makes a final decision on how to deal with a huge secret that could destroy lives. The chickens come home to roost for Sibonelo. Fikile makes a shocking discovery about her future.

The Khanyile boys avenge their father. Mazaza backs Gabisile into a tight corner. Fikile is bitter with Sbu for not having a solid plan for their future family.