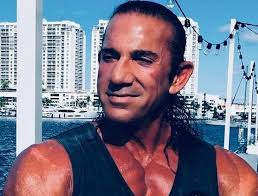 Popular businessman, lawyer and TV personality, Anwar Zayden has passed away. Anwar Zayden cause of death was not disclosed to the public.

Anwar Zayden death was announced by a Facebook user in a short tribute while mourning the business tycoon.

WoW! Just found out that a Lifelong Friend Anwar Zayden went to be with the Lord! His father was a Big Mentor to Many including Myself. His Picture Frame Business was a staple in the Miami market. Most importantly He Lived and Loved Life with Gustó! Rest in Peace Brother!

Few Things You Need To Know About Anwar Zayden

Anwar Zayden was Miami’s biggest playboy. When Anwar Zayden isn’t hanging out with Donald Trump, he can be found roller blading down the sidewalk in a thong or taking his white stallion for a ride

Anwar Zayden featured in one of the episodes of El Viejo. He played the role of Mendenz in the series.

Anwar Zayden is a Miami hero. After a brief stint on the TV show Miami Vice in the 80s whilst also being Calvin Klein’s first underwear model, Anwar rose to fame as a framer to the stars, decorating the houses of Gianni Versace, Sylvester Stallone and the Bee Gees to name a few.