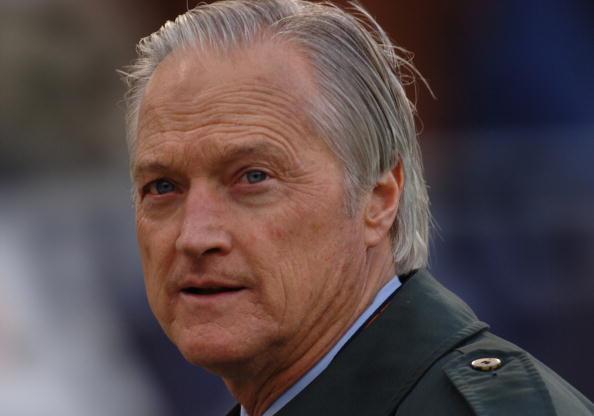 Former executive of Chicago bears who is the oldest of the oldest of 11 children who succeeded George S. Halas as the Bears’ president/CEO, Mike McCaskey has passed away. Michael died on Saturday 16 May 2020 after a long battle with cancer. He was aged 76.

The news of his death was made known to the public by the family in an official statement released on Saturday. In the statement, the family described Mike as one who was already successful in every sense of the word when he took over fro George S. Halas.

“Mike was already successful in every sense of the word when he took over for George S. Halas after the passing of ‘Papa Bear’ in 1983,”. “We are grateful to Mike for overseeing arguably the greatest team in NFL history, and for his many years of service to the Bears and to us. The oldest of eleven siblings has many duties thrust upon him, not all of them pleasant, yet Mike handled them all with grace and patience.”

He was the oldest child of Ed and Virginia McCaskey. The latter remains the Bears’ matriarch at 97.

“Although Mike’s passing was not brought on by the novel coronavirus, our family, like so many people, is not able to gather and grieve together at this time,” the McCaskeys said in a statement. “Our hearts go out to those who have lost loved ones to COVID-19. Our focus in the coming days will be to celebrate Mike’s life, and be whatever source of support we can be to [children] John and Kathryn and those they love.”

A 1965 Yale grad, McCaskey spent two years teaching as a member of the Peace Corps and later taught at UCLA and, for seven years, Harvard Business School.

He took over for Halas in 1983 and was named NFL Executive of the Year after the Bears’ Super Bowl win in 1985.

In January 1999 McCaskey selected Dave McGinnis to be the Bears’ new head coach, only for him to back out of the job. The Bears then hired Dick Jauron.