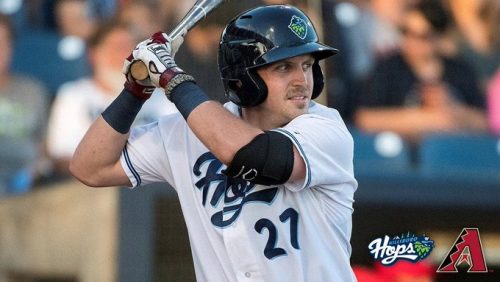 Peoria Centennial Football & Baseball association mourns the sudden death of their own Zach Hoffpauir, An Arizona standout who died today 15th May at the age of 26.

According to Doug Hoffpauir who revealed Zach’s death to the media could not any  provide Zach’s cause of death.

Zach had been staying with his father in the Valley during the coronavirus pandemic shutdown.

The late dude was good friend’s with McCaffrey’s son, Christian, a running back for the Carolina Panthers. They played football together at Stanford.

Hoffpauir was a standout safety who made All-Pac-12 honorable mention in 2014. His new role at Northern Colorado included recruiting Arizona.

“Hard because he loved coaching, – “He was so excited to get back to Northern Colorado and try to influence lives beyond football.

“He loved his head coach, Ed McCaffrey. Christian McCaffrey was his best friend. He had so much to look forward to.” Doug Hoffpauir said Thursday night in a text to The Arizona Republic.

Hoffpauir was an All-Pac-12 performer in both football and baseball while at Stanford from 2013-2015, he signed a deal with the D-backs after they selected him in the 22nd round of the 2015 Draft. The hard-hitting defensive back and outfielder for the Cardinal still had football eligibility left, and potentially a career in the NFL.

Zach Hoffpauir was a dual athlete who was drafted by diamond backs as well as starting safety for Stanford. Coach Taylor’s quote about Zach is “he could sing, dance and talked trash all over the field, never started it but always finished it”

Hoffpauir had assisted coach football at Anthem Boulder Creek last season with Beau Kitson, one of his close friends. He would always come back to Centennial to help out the Coyotes.

In his days he played 17 games and collected 16 hits, but his itch for the gridiron started to come back following rehab. He decided to go back to The Farm for his last year of eligibility. He earned his free safety job back and had NFL aspirations after being named an Pac-12 honorable mention selection in 2014.

Hoffpauir played 10 games and registered 35 tackles as a fifth-year senior, but two concussions — his fourth and fifth overall — forced him to reconsider a career in football.

When Todd Graham had his first Signing Day at Arizona State in February 2012, he felt maybe worse about missing out on Hoffpauir to Stanford than losing out on any other recruit. He commented at the time on Hoffpauir’s character and how he felt he would some day become a great coach.

Centennial coach Richard Taylor always regarded Hoffpair as one of his favorite players to coach because of the way he impacted the team.

“The thing I will always remember about him, outside of his great abilities in football and baseball, was he always made everybody around him better,” Taylor said. “He always was looking out for the person he could tell was not accepted.

He left Stanford for the Arizona Diamondbacks in the 22nd round of the MLB draft and played a minor league season that summer in 2015,

and returned back in 2016 to Stanford to continue his football career at free safety, he had 455 hit in his senior year in high school in 2012 with five home runs and 22 RBIs.

Hoffpauir, who was friends with former Stanford teammate Christian McCaffrey, was set to begin his coaching career under Ed McCaffrey, who’s the head coach at Northern Colorado. https://t.co/NVed8FV5u0