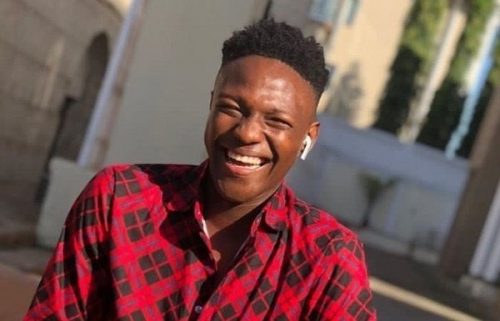 It was on May 12 2020 the news of 20-year-old Rinji Peter Bala aka Bobo a 300level student of University of Jos from the department of History and International Studies was shot and killed in Jos.

His death came as a shock to many especially to his friends and family in Jos.

According to reports,the young Rinji was out around his house with friends when security operatives arrested them thinking they were thieves upon release later shot & killed the 20year old boy.

The chilling revelation had it that the deceased was shot around 10pm on 12 th May 2020 after the information of an alleged suspected robbery and cultists activities was detected around No 18th Street, Jos South LGA of Plateau State.

The report revealed that the criminals took advantage of the lockdown and curfew to perpetrate crimes. Consequently, Sector 1 patrol troops of OPSH swiftly responded and arrested 7 suspects, which were immediately moved to the Headquarters Sector 1 for preliminary investigation.

Thereafter, 5 out of the 7 suspects were cleared and asked to leave the premises. Unfortunately, as they were leaving the premises, one of the personnel on sentry duty mistook them for escaping suspects. Thus opened fire on them, which led to the death of Mr Rinji Bala.

However, a thorough investigation is ongoing to unravel the circumstances surrounding the incident. Meanwhile, the MOPOL personnel involved in the incident has been arrested and detained accordingly.

Operation SAFE HAVEN has condemned the sad incident. A representative of OPSH has also visited the parents of the deceased to commiserate with them. OPSH also assures the general public of justice.

On Thursday 14 May 2020 the residents of Hwolshe community troped out in their numbers to protest their displeasure on the recent killing of thier son Rinji Peter Bala the 20-year-old 300-level student of University of Jos who was shot to death by the operatives of the Nigerian army.

The residents came out bearing placards with inscriptions declaring that Rinji was never a thief. Speaking to an uncle of the deceased, who spoke on behalf of the father who declined speaking over the death of his only Son, said the family has been sad and the atmosphere has been gloomy.