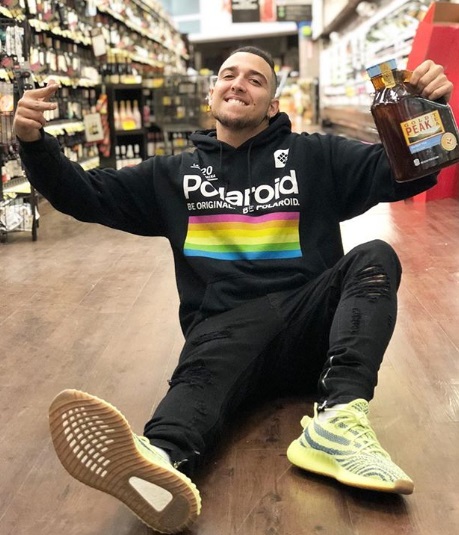 Lets clarify this.. Coret Sherer and Corey La Barrie are in no way related. They are different personalities.

Corey Sherer is not dead. He is alive and doing well. Ignore the news circulating online that claims Corey Sherer  passed away.

Corey Sherer is an American dancer, choreographer and Vine phenomenon. He is a member of Fierce Dance Studio and the co-founder of the duo Super Sega Brothers. He is known as Sonic in the group while his partner is Knuckles.

Before becoming popular, Corey Sherer was hip hop dancing. He won several regional and national competitions as a dancer. His Channel “Vine” has over two million followers before the app was shut down. He thereafter in 2014 formed an exclusive partnership with Viral Nation.

His parents, Allan and Christy Scherer are also the owners and directors of Fierce Dance Studio. He ran a joint channel called Corey and Devyn with ex-girlfriend Devyn Lundy.

Y’all I’m in Alaska who thinks I should bring home a penguin?

In 2016 while Corey Sherer was vacationing in Hawaii he had a terrible accident that left him with 9 broken ribs, a hole in the lungs and a few slices in the spleen. Following the seriousness of the accident, Corey spent several weeks in hospital.

Explaning what happened Corey Wrote On His IG page.

“As you all know I’m in Hawaii. I got into a very bad jet skiing accident. I have 9 broken ribs, sliced spleen and punctured a hole in my lungs. I love all you guys. I was knocked out in the middle of the ocean. Thank you God for keeping me alive,” Corey explained in an emotionally charged Instagram post on July 17, 2016.

As Corey described in a previous YouTube video, the catastrophic accident took place during a jet-skiing trip he embarked on with close friend and collaborator Brennen Taylor.

“I’m riding right here, Brennen was riding behind me, and I was stopping and turning around to see where Brennen was and he jumped the wave that was behind me and landed directly on top of me, I immediately got knocked out […],”

“We’re in the middle of the ocean, it’s like 40 feet deep underneath us and it’s raining so there’s gotta be sharks […] I’m just face-first in the ocean, knocked out,” Corey added.

The rescue attempt went with varying degrees of success. Brennen tried to save him, but his jet-ski flipped. The next time Corey came to he was on a boat, Corey explained.

“It felt like if someone had a sword that was on fire, it was just slowly slicing down my back,” the YouTuber described what the pain had felt like.