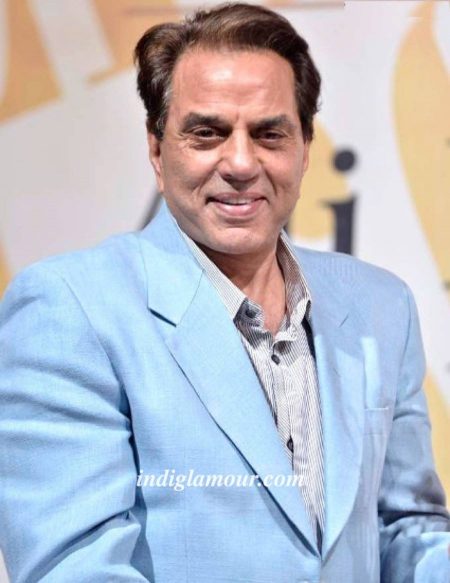 Indian Veteran actor Dharmendra was on several occasions rumored dead on May 8, 2020 by a Youtube vlogger.

The news of his deat which has uptil now not confirmed was uploaded on Youtube with caption:

Although the news of his death have not been confirmed and the actor on his own have not commented on the fake news circulating on the internet about his sudden passage.

The Veteran actor Dharmendra, on Jul 17, 2019 was caught trolling his wife and BJP politician Hema Malini on Twitter over photos showing her using a broom at parliament, apparently regrets the post. Or so it seems form a new tweet in which he says, “never again!”
Dharmendra had earlier been asked on Twitter whether he had seen Hema Malini, his co-star of many films, use a broom before the cleanliness drive at Parliament.

“Yes (she has picked up the broom) in films. Mujhe bhi anaari lag rahi thi. Maine magar bachpan mein apni maa ka hamesha haath bataya hai (She looked like a novice to me too. However, I would always help my mother during childhood with household chores. I was very efficient at sweeping with brooms),” Dharmendra replied.

Although his funny comment floored his fans, the “Sholay” actor on Tuesday took to his Twitter handle to “make amends”.

Dharmendra have been actively following and updating his twitter handle ever since the last one hour ago, as at the time of filing this documentary. His latest posts and updates is evident and a clear prove that he is much alive and in good health.

A sweet sound, is pouring in my ears .”MOTHER,S DAY” I think that made me bit sad . I miss her…….

Few Things You Need To Know About Dharmendra Singh Deol

Dharmendra was born 8 December 1935 in Nasrali village, India, he is a Bollywood founding fathers who has been actively doing his best in Indian movie industry.

He is also a politician

Dharmendra received the Filmfare Lifetime Achievement Award for his contribution to Hindi cinema and movies.

He was a member of the 14th Lok Sabha of India, representing Bikaner constituency in Rajasthan from Bharatiya Janata Party (BJP). In 2012, he was awarded India’s third-highest civilian honour Padma Bhushan by the Government of India.

Dharmendra is from Dangon linage, near Pakhowal Tehsil Raikot, Ludhiana.

He did his secondary school education in the Government Senior Secondary School at Lalton Kalan, Ludhiana, where his father was the village school’s headmaster.Later went to intermediate studies at Ramgarhia College, Phagwara in 1952.

He has won the famous Nationally organised Filmfare magazine’s new talent award and went to Mumbai from Punjab, to work in the movie promised, being the award winner, but the movie was never made. He later made his debut with Arjun Hingorani’s Dil Bhi Tera Hum Bhi Tere in 1960.

He had a supporting role in the film Boy Friend in 1961, and was cast as the romantic interest in several films between 1960 and 1967.

His most notable acting performances include Satyakam with Hrishikesh Mukherjee, and Sholay, which is listed by Indiatimes as one of the “Top 25 must see Bollywood films of all time”. In 2005, the judges of the 50th annual Filmfare Awards awarded Sholay the special distinction of Filmfare Best Film of 50 years