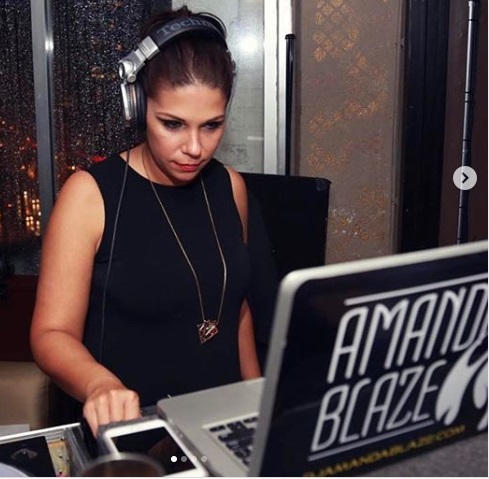 A popular NYC/Miami disk jockey, DJ Amanda also known as DJ Blazita is dead. DJ Amanda died on Sunday May 10 2020. The cause of her is not yet known.

DJ Blazita’s death was announced to the public by DJ Sussone via an instagram post on his page.

“”I got some horrible news today. R.I.P. to my friend @djamandablaze. She was such a good person & great DJ. We had so many great times. We also helped each other out a lot. Sleep well my friend. 🙏””.

Born in Cleveland, Ohio, Blazita brought her talents to NYC early in her career and took the club circuit by storm with her amazing smile and pink crates. Not relying on sex appeal or gimmicks, she rose to the top thanks to her SOLID DJ skills and infectious personality.

“I felt like if I wanted to do this DJ thing seriously, the only place to do it was New York, that’s where everything goes down” she said during a Vlog about her career done back in 2012. “You’re a DJ in New York, a lot of my family is like really impressed by that” she continued.

In 2008, Blazita won a Justo award for “Best Female Mixtape DJ” and in 2010 she won “Best Female DJ” at the Latin Mixx Awards. Blazita’s own favorite mix series known as the “Sex & The City: R&B Classics” was nominated for 2 awards (Best Blend mix, Best Slow Jam mix) at the 2009 Southern Entertainment Awards.

Wow! RIP to my good friend DJ Amanda Blaze FKA DJ Blazita. I just got he news, but I don’t have any details. You know we did radio together for years every Wednesday! Shit crazy! pic.twitter.com/gN1hr2CQIL

Last night news had me in tears and I still woke up with some. @djamandablaze aka Blazita was one of the dopest DJs I know and beyond hard working. When I first started my show I would feature different DJs, she was… https://t.co/gBGKp0Kx35

Appreciate you always holding us down whenever we touched Miami. Your energy was unmatched.