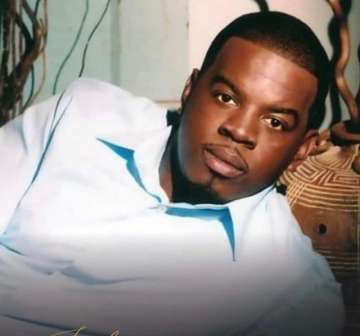 Andrian Medearis family and friends of demanded on Monday that video of the incident that took the life of the a Houston choir director be released.

I will not release the video until i meet with the family and personally show it to them, Houston Police Chief Art Acevedo said Monday afternoon

In a statement released today Houston Police Department stated that Medearis was pulled over while speeding. An officer – identified as J. Ramos – conducted a field sobriety test.

The officer then tried to arrest Medearis on suspicion of driving while intoxicated, according to the police statement. Medearis allegedly resisted and grabbed the officer’s Taser, and the policeman then fired four times, including two rounds that struck and killed the suspect, Acevedo told a press conference on Monday.

No other officers were involved and there were no known witnesses, police said.

Acevedo said the officer’s body camera was knocked off during the alleged struggle with Medearis, but footage from other cameras captured the incident.

Acevedo said that before the scuffle, Medearis complained to the officer about the shooting of Ahmaud Arbery, a black man who was shot and killed by a white father and son while jogging in Brunswick, Georgia, on Feb. 23.

The struggle between the officer and Medearis took about 2- 1/2 minutes, Acevedo said. At one point the officer had Medearis pinned to the ground. But when he let go with one hand to call for backup, Medearis flipped the officer over and the fight continued.

“What’s sad about this is that by all accounts what occurred is conduct that is not consistent with who Mr. Medearis is,” Acevedo said.

Medearis, a gospel singer well-known locally, was the choir director at the Evangelist Temple Church of God In Christ and several years ago formed the gospel group Standing in the Gap.

“We are beyond shocked at the initial accounts of this tragedy,” Medearis’ family said in a statement posted by his brother, Audrick. “Unfortunately, there are no public details available regarding the murder of our loved one.”

Dav Lewis, a longtime friend of Medearis, called for releasing the video. “Everybody – and especially his family – deserve to know what happened that night, they need to see what happened to their loved one,” he said. “We must hold the police accountable and we’re not going to just sit back and take the police word on this.”

Lewis said it would be completely out of character for Medearis to react aggressively during a traffic stop.

“We deserve to see the proof of what police are alleging,” he said. “Nothing is going to make sense until we see the video.”